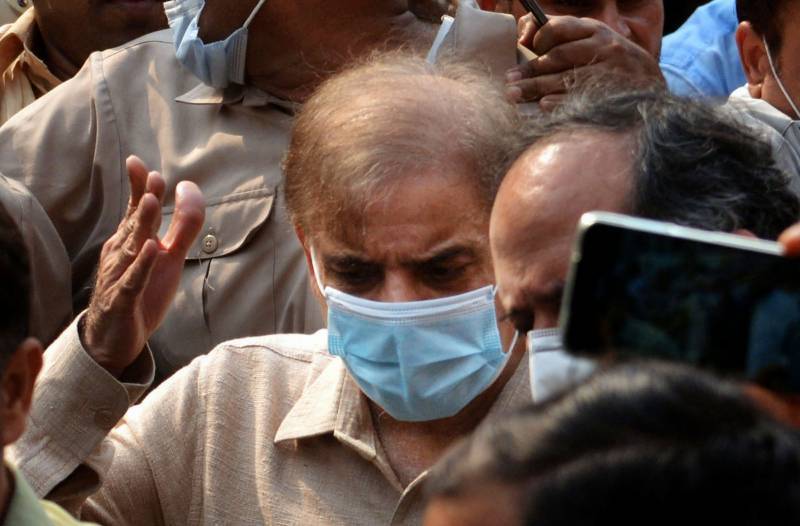 Accountability court judge Jawad-ul-Hassan announced the decision and ordered to present the PML-N leader before the court on October 13.

On Monday, NAB had arrested Shehbaz Sharif after the Lahore High Court (LHC) rejected his interim bail in money the laundering case.

The anti-graft body had shifted opposition leader to Thoker Niaz Baig office from where he was brought to AC amid tight security.

On the occasion of Shehbaz Sharif's court appearance, tight security arrangements were made around the premises of the accountability court.

Speaking to newsmen outside court premises, Shehbaz Sharif said that the PML-N would defeat NAB-Niazi nexus.

He announced to contest his own case in the accountability court.