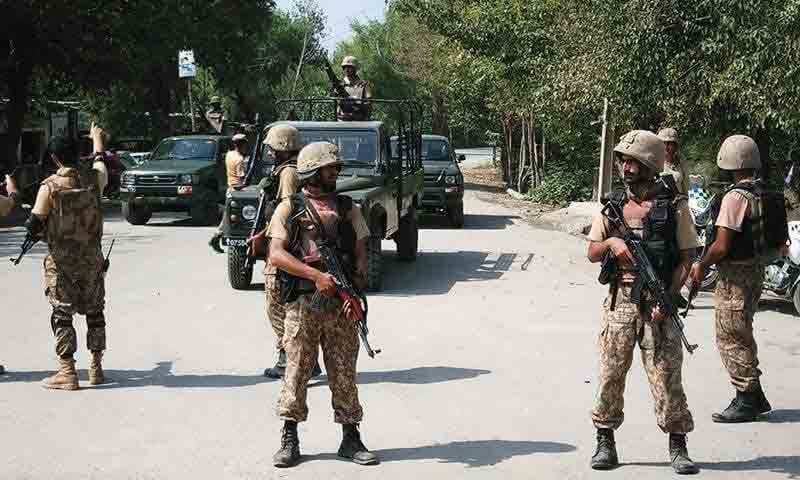 Rawalpindi (Web Desk): At least 10 terrorists including four commanders were killed in an Intelligence Based Operation (IBO) carried out by the security forces in Khyber-Pakhtunkhwa’s South Waziristan district, said the Inter Services Public Relations (ISPR).

“During intense exchange of fire, 10 terrorists including 4 terrorist commanders were killed,” the ISPR said and added, “A large quantity of weapons and ammunition was also recovered from the hideout.”

The terrorists remained actively involved in planting IEDs, conducting fire raids and target killing of innocent civilians, the statement read. The terrorists were planning to conduct more acts of terrorism inside South Waziristan, it added.

The security forces cordoned off the hideout and recovered weapons and a large stash of ammunition, the ISPR maintained.