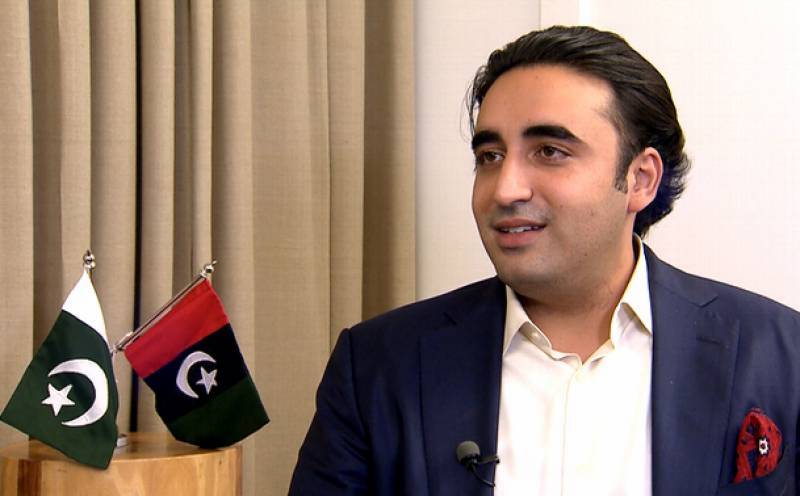 Washington (Web Desk): Foreign Minister Bilawal Bhutto-Zardari has urged Afghan Taliban rulers to use their influence on Tehreek-i-Tali­ban Pakistan to bring peace and stability in the region.

“Following the fall of Kabul, [it] won’t be wrong to say that the TTP has found a sanctuary in Afghanistan. We have had a ceasefire which was good. Hopefully, Afghan Taliban will use their influence on TTP so that the group accepts the Consti­tu­tion of Pakistan and disarm.”

Speaking at the US Institute of Peace in Washington, the foreign minister also urged the United States to take lead in dealing with the devastating effects of the changing climate, which he called a ‘manmade disaster’.

“Discussed the need for leveraging our strong parliamentary ties to tackle climate catastrophes like Pakistan Floods and plans on how we will build back better,” the minister said in a tweet after a meeting with Senator Chris Van Hollen and Representatives Maxine Waters, Ilhan Omar, and Henry Cuellar in Washington.

Pleased to interact with @ChrisVanHollen @RepMaxineWaters, @Ilhan and @RepCuellar. Discussed the need for leveraging our strong parliamentary ties to tackle climate catastrophes like #PakistanFloods and plans on how we will #buildbackbetter pic.twitter.com/FRe8MlWLcw

Bilawal, who apparently extended his four-day stay in Washington for a day, urged American lawmakers to play their role in tackling climate catastrophes.