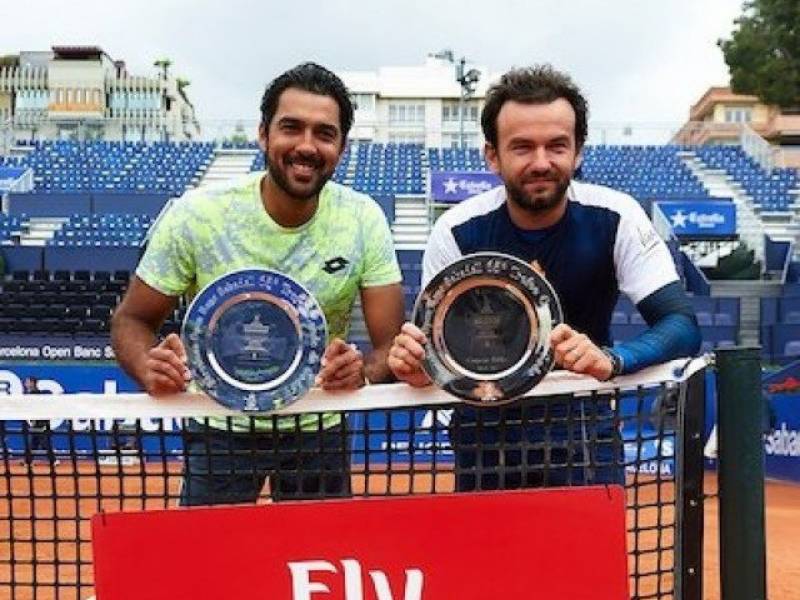 Karachi (Web Desk): Tennis star Aisamul Haq Qureshi on Sunday won his second title of the year as he and his partner Florin Mergea defeated the pairing of Germany’s Philipp Petzschner and Austria’s Alexander Peya 6-4, 6-3 to clinch the Barcelona Open title.

The duo had earlier eliminated top seeds and world number one pair John Peers and Henri Kontinen 6-4, 6-4 in the quarter-finals before inflicting a 6-3, 5-6, 14-12 defeat over Jean-Julien Rojer and Horia Tecau in the semi-final.

This was the first time Aisam was playing in the final of the said tournament, having crashed out at the semi-finals stage in 2015.