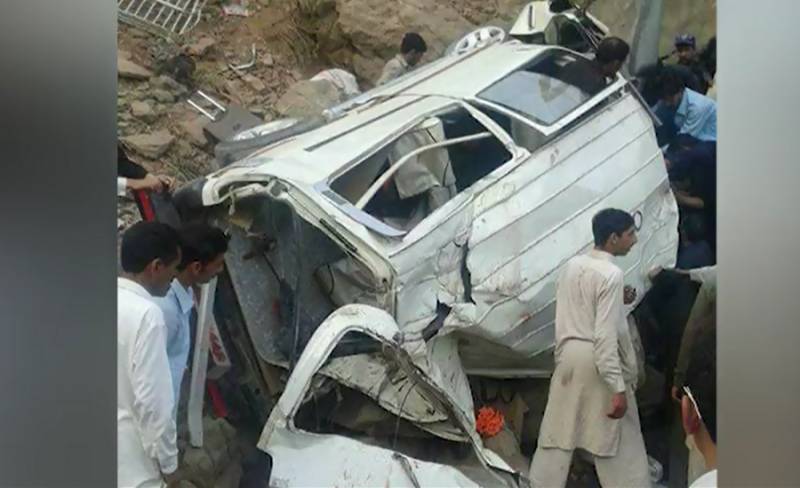 Peshawar (Staff Report/Agencies): At least eleven people were killed and nine others were injured as a van plunged into a ravine in the mountainous Upper Dir district near Lowari Top on Sunday morning.

Additional Assistant Commissioner (AAC) Fahidullah Khan said that the passenger van, which was on its way from Rawalpindi to Chitral, fell into a 46-metre-deep ravine at Asmani Mor near Lowari Top.

The driver apparently lost control on a bend of the road, which was slippery with snow and rain, Khan said, adding the van was carrying too many people.

"All 11 passengers were killed on the spot, while nine others were wounded, four of them critically," Khan said.

The injured were shifted to District Headquarters Hospital in Upper Dir.