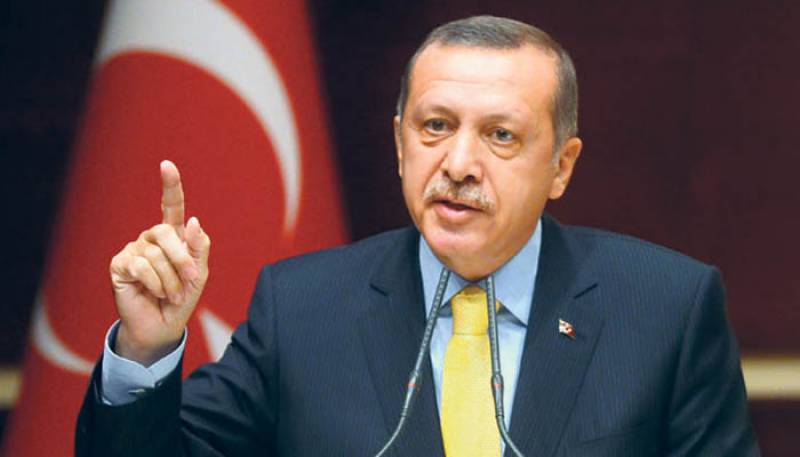 Ankara (Web Desk): Turkish President Recep Tayyip Erdogan has called for a dialogue to settle the Kashmir issue, saying Pakistan and India must resolve the issue "once and for all", Radio Pakistan reported Sunday.

He urged both the countries to settle the dispute via negotiations, said the Turkish president in an interview in Ankara.

He also rejected any similarities between Kurdish rebels and Kashmiris.

The Turkish premier will hold talks with Modi on key bilateral, regional and international issues of mutual interest.

To a question about Turkey's move to block New Delhi’s admission to Nuclear Suppliers Group (NSG), he said Ankara has always been supportive of India’s entry into the group and also that of Pakistan in a similar way.