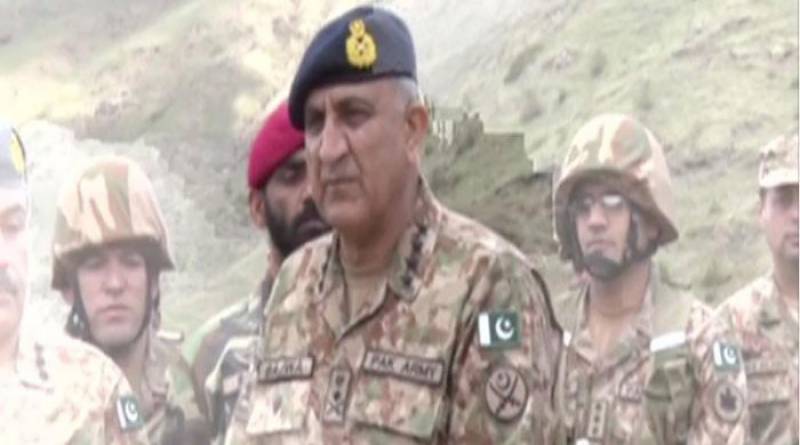 The ISPR statement said that COAS General Qamar Bajwa was also briefed on the operational readiness of the formation. General Bajwa lauded the preparedness and high morale of the army.

General Bajwa stated that Indian aggression and frustration is vented out at the people of Indian-occupied Kashmir (IoK) and Pakistani villages along the LoC/Working Boundary, but vowed that Pakistan would keep its response purely in military domain in accordance with its values.

General Bajwa said, “The violence perpetuated by Indian forces in IoK is state-sponsored terrorism by all definitions. This violence riles up passions on this side of the LoC as well, as people of Pakistan cannot remain indifferent to the barbaric treatment meted out to defenceless Kashmiris including women and children.”

The Army Chief said that the Kashmiris have a right to live without fear and repression.

He said, “We will always stand by their rightful political struggle for the right of self-determination and recourse to basic human rights.”