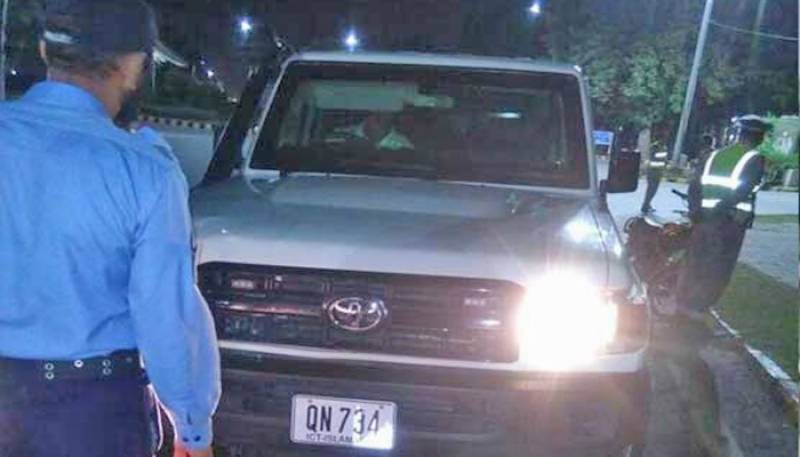 Islamabad (Staff Report): Amid issue of killing of a Pakistani biker by an American diplomat a month ago, another US diplomat rammed his vehicle into a bike late Sunday left two riders injured.

According to details, the US diplomat identified as Chad Rex Ausburn, Second Secretary at US embassy in Islamabad and the incident occurred at 9:40pm, when he crashed his vehicle, Toyota jeep (QN-374 ICT), into a motorcycle (935) being ridden by two persons.

The riders Nazakat Aslam a permanent resident of Muzaffarabad, and an employee of Motamar Al-Almi Islami is in critical condition as received injures in his head, and other Muhammad Waseem sustained injuries in the road accident. The bikers were shifted to the PIMS hospital after police reached the spot.

Police has taken the diplomat and his vehicle into custody and they were at the Secretariat police until a report of the incident was registered.

Alice Wells in Pakistan ahead of possible US-Taliban peace deal