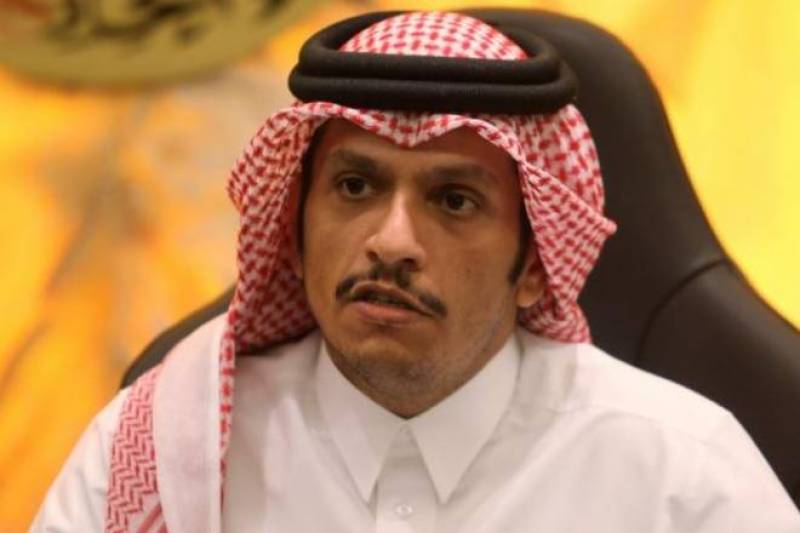 Doha (Reuters): Qatar’s foreign minister said on Wednesday that his country was willing to negotiate an end to a Gulf diplomatic rift but had seen no sign that Saudi Arabia and other countries imposing sanctions on Doha were open to mediation.

Kuwait and the United States are trying to heal a bitter dispute between Qatar and four Arab countries that has damaged business ties and disrupted travel for thousands of citizens in the six-nation Gulf Cooperation Council.

Egypt, Saudi Arabia, Bahrain and the United Emirates severed political and trade ties with the small gas-rich country on June 4, accusing it of supporting terrorism. Doha denies the charges.

A visit this week to the UAE and Qatar by Russian Foreign Minister Sergei Lavrov showed no signs of having eased tensions among the Gulf Arab powers.

“Qatar maintains its position that this crisis can only be achieved through a constructive dialogue ... but the blockading counties are not responding to any efforts being conducted by Kuwait or other friendly countries,” Qatari Foreign Minister Sheikh Mohammed bin Abdulrahman al-Thani told reporters in Doha on Wednesday at a news conference with his Russian counterpart.

The UAE’s ambassador to the United States, Yousef al-Otaiba, in an interview with US-based magazine the Atlantic on Monday, said his country would negotiate with Qatar so long as Doha did not set any preconditions for talks.

Sheikh Mohammed said on Wednesday Qatar planned to bolster trade with Russia, one of the world’s biggest gas exporters, and that Qatar could no longer rely on neighboring states to support its economy or guarantee food security.

Lavrov said if face-to-face negotiations started, Russia would be ready to contribute to the mediation and that it was in Russia’s interest “for the GCC to be united and strong”.