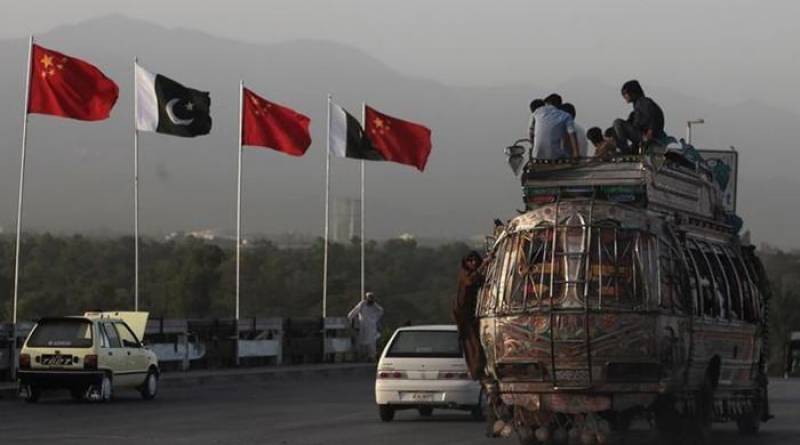 Islamabad (Staff Report): State Grid of China will fund a project of 4,000 MW power transmission line in Pakistan, cost $1.5 billion, Pakistan said on Friday, the latest in a series of Chinese investments in its South Asian neighbour.

The Pakistani government said, the high-capacity transmission line will be the first of its kind in Pakistan and will link Matiari town in the south, near a new power station, to Lahore city in the east, a key link in transmission infrastructure.

The government said in a statement Mohammad Younus Dagha, Pakistan's secretary of water and power, and Shu Yinbiao, chairman of State Grid Corporation of China signed an agreement on the project on Thursday in Beijing,.

a spokesman for the Pakistani prime minister's office said, construction will begin in January, and should take about 20 months, Pakistan has been plagued by a shortage of electricity for years, with widespread rolling blackouts in both rural and urban areas.

The government has managed to reduce load shedding - scheduled power outages - in some areas, but production gaps and distribution woes remain.

The project is the latest in a series of big Chinese investments, most of which fall under a planned $55 billion worth of projects for a China Pakistan Economic Corridor (CPEC).

The corridor is a combination of power and infrastructure projects that link western China to Pakistan's southern port of Gwadar.

Other Chinese investment in Pakistan has included the acquisition of a majority stake by Shanghai Electric of the K-Electric power production and distribution company for $1.8 billion.

Last week, a Chinese-led consortium bought a 40 percent stake of the Pakistan Stock Exchange for an estimated $85 million.