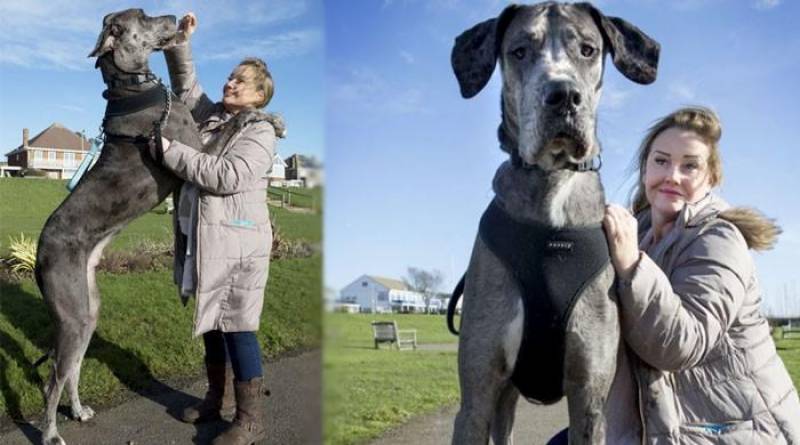 Manchester (Online): Freddy the Great Dane has officially been entitled as the tallest dog of the world by Guinness World Record.

Freddy is nearly eight-foot tall and weighs more than 14 stones. The exact height of Freddy is 7 feet 6 inches, which makes him the world's tallest dog.

According to foreign media, the weekly expense of the world's biggest dog amounts to around £100 for the owner.