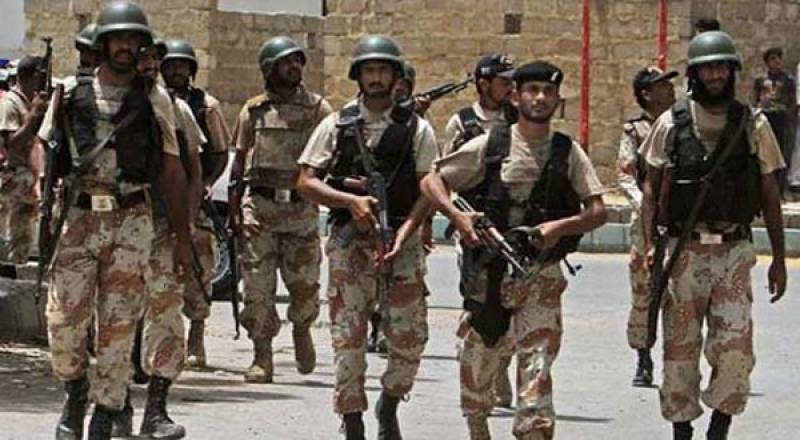 Karachi (Staff Report): Sindh Rangers Pakistan has submitted an annual operations report, maintaining that a significant decline in targeted killings can be seen in Karachi, up to 90 percent since September 2013.

Rangers’ spokesperson told that the paramilitary force conducted a total of 1,992 operations from January 1, 2016 to date, which led to arrests of 2,847 people, and 1,845 weapons were seized.

According to the Rangers report a total of 446 target killers were nabbed. Of them, 348 belonged to militant wings of political parties, 11 were associated with sectarian parties and 87 with the Lyari gang war and the Peoples Amn Committee.

The Rangers report claims that only 25 kidnappings for ransom were reported in the year 2016. The Rangers statement further indicates 72 percent decrease in terrorism-related violence.