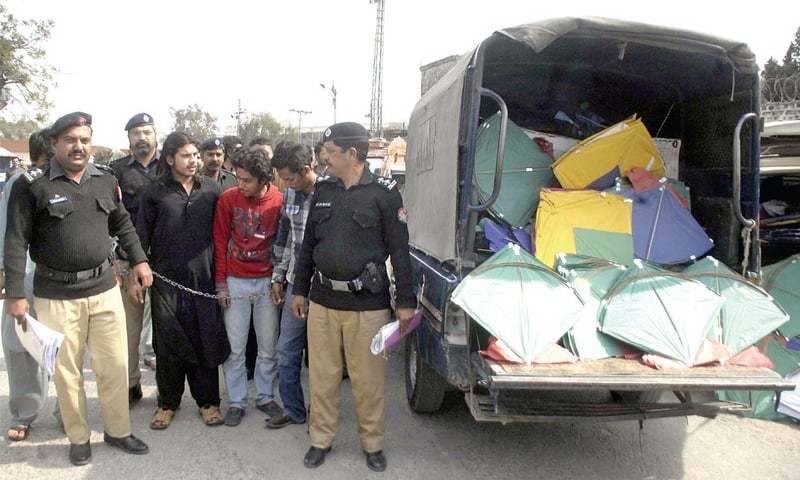 Lahore (Staff Report): The police after registering as many as ninety cases conducted crackdown operation and detained over a hundred kite flyers on Sunday.

Regardless of a ban on kite-flying and crackdown operation, some people still disobey the law in Lahore.

Following an unpleasant incident of a little girl getting injured due to kite string SP Cantt Rana Tahir reported on a crackdown operation in Cantt Division.

Around four thousand kites have been seized by the Lahore police in an operation lasted for ten hours.

Earlier this month, IG Operations Lahore, Dr Haider Ashraf directed a crackdown against the kite flyers. About 11 kite flyers were arrested from City Division, 17 from Cantt, 12 from Civil Lines, 4 from Saddar, 18 from Iqbal Town and 4 from Model Town. Police also seized around 500 kites, rolls and strings.