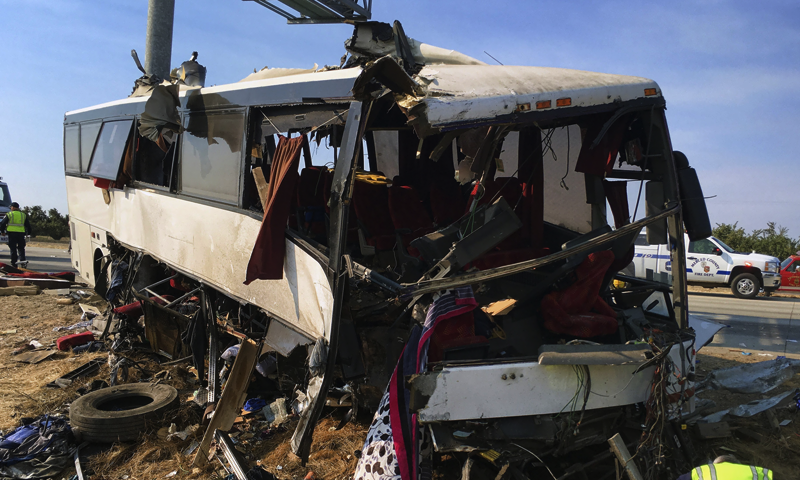 Antananarivo, Madagascar (Online):  A truck carrying a wedding party and guests swerved off the road, and plunged into a river on Sunday causing at least 47 people, including 10 children and a newly-wed couple, were reportedly killed.

Police reported, early Saturday, the accident occurred outside the town of Anjozorobe, around 90 kilometres from the capital. The truck was carrying passengers who had attended a wedding the day before.

Police spokesman Herilala Andrianatisaona told media that there were "a total of 47 deaths, including 10 children and the newly-wedded couple and twenty-two others were injured".

The police charged the driver for carrying too many passengers on a truck meant to carry only goods.

He further told, "According to our hypothesis, the truck driver, aware of the offence he was committing, which was transporting too many passengers in a vehicle meant for carrying goods, drove fast to escape traffic police checks."

According to Andrianatisaona, "The driver lost control of his vehicle after having negotiated a wrong turn, and ended up in the Mananara River".

It is common practice for trucks to carry passengers on the large Indian Ocean Island. They are usually capable of manoeuvring the island's bad roads.