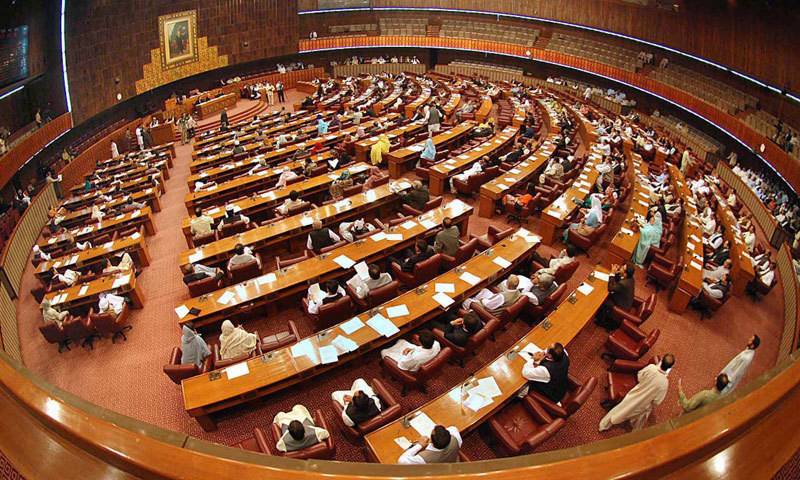 Islamabad (Staff Report): The formulated code of conduct with regard to keeping decorum during the proceedings of the National Assembly will be discussed during the combined parliamentary opposition meeting going to held today (Monday).

The meeting would be held prior to Speaker Ayaz Sadiq’s meeting with parliamentary party leaders to evolve the code of conduct after the Thursday’s scuffle in the Lower House between the government and opposition members. The meeting ended with some consensus that neither side should be allowed to hurl allegations against the other in the august House.

Opposition Leader Syed Khursheed Shah also made a telephonic contact with Ayaz Sadiq, asking him to play his role to resolve the tension for smooth sailing of the proceedings of the House.

On Friday, in the parliamentary leaders meeting with Ayaz Sadiq, the government and the opposition had in principle agreed on five-point code of conduct that would be followed in the sessions of the National Assembly.

Firstly the prior agreed code of conduct was that no personal attack will be made against the leadership of any political party.

Second, the decisions which will be taken in the meeting of the House Business Advisory Committee for running the parliamentary agenda will be followed.

Third, the parliamentary parties will be responsible for keeping their members in discipline.

Fourth, the chief whips of all the parliamentary parties will remain in contact with each other.

The fifth point was that all the parliamentary parties will give respect to all the women members of the House.

Besides, the speaker had also banned making any footage through mobile phones from galleries like the Senate.