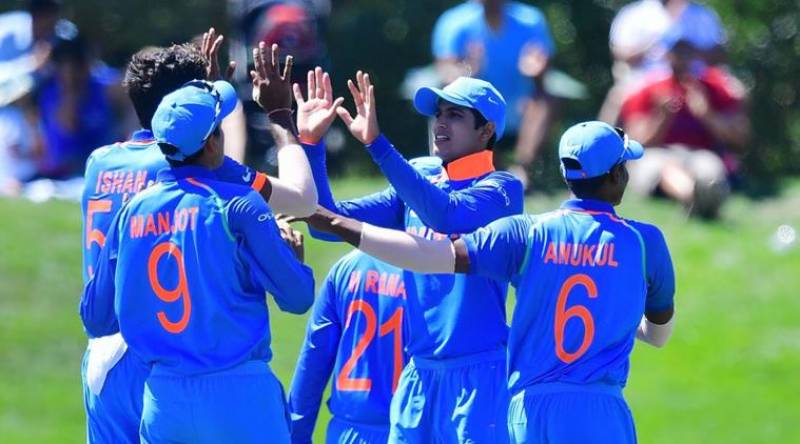 Christchurch (Agencies): India defeated Pakistan by 203 runs in the second semifinal of ICC Under-19 World Cup being played at Hagley Oval in Christchurch on Tuesday.

India won the toss and elected to bat first, giving a 273-run target on the loss of nine wickets while Pakistan team were all out on only 69 runs.

The winners will strike against Australia in tournament’s final.