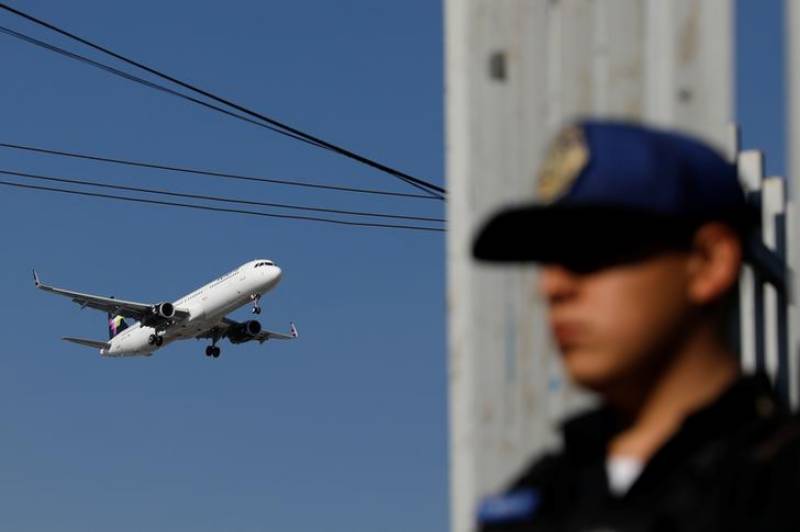 Mexico City (Reuters): Mexico and the United States are looking into whether armed US federal air marshals could be deployed on commercial cross-border flights, according to a document seen by Reuters and a Mexican official, as Mexico deepens security ties with its neighbor.

Since Donald Trump took office, US and Mexican officials have said that Mexico has tried to improve cooperation with its top trade partner on security, immigration, and foreign policy, hoping to convince the US president to take a softer stance on the North American Free Trade Agreement (NAFTA).

In 2003, in the wake of the 9/11 attacks on the United States, Mexico agreed to place Mexican security agents on certain flights, but said it would never allow US officials on board its commercial airlines, let alone armed.

However, in a Jan. 18 meeting in Mexico’s foreign ministry, officials from both countries agreed to “study the convenience of negotiating an agreement for the deployment of Federal Air Marshals on commercial flights,” according to the official Mexican document seen by Reuters.

Mexico’s foreign ministry did not immediately respond to a request for comment.

A Mexican official with knowledge of the plan said the hardest part of the negotiations would center on allowing US officials to carry arms, given that the use of weapons by foreigners in Mexico is sensitive and tightly regulated.

The US Department of Homeland Security (DHS) places sharp-shooters on domestic and international commercial flights to and from the United States to prevent militant attacks.

It was not immediately clear if the marshals would travel solely on US-owned airlines or also on Mexican carriers.

The document shows that Mexico and the United States have agreed to several other security measures to tackle “transnational criminal organizations.”

There are also plans to negotiate a maritime drug seizures treaty, and use ships and radars for specific operations. The two nations also want to deepen efforts to eradicate opium and marijuana plantations.

Additionally, the document showed that Mexico and the United States agreed “to identify specific transnational criminal organizations, map their business models in both countries and design a joint operational strategy to combat them.”