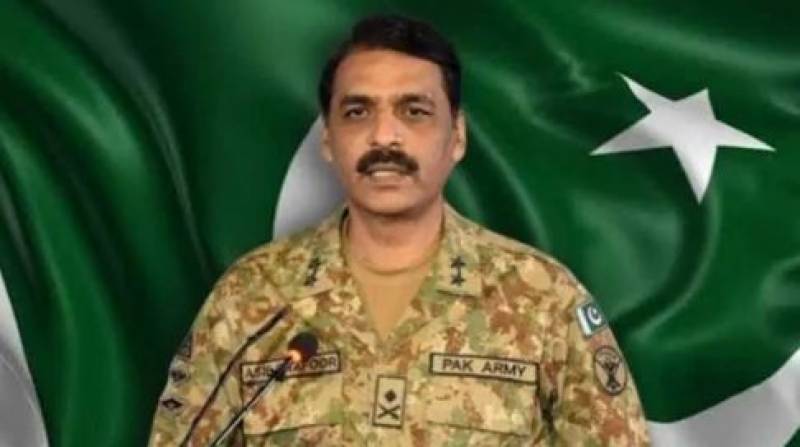 Rawalpindi (Web Desk): The outgoing director general (DG) Inter-Services Public Relations (ISPR), Maj Gen Asif Ghafoor on Thursday said he considers it his honour if Indians are happy over his transfer from ISPR.

The outgoing DG ISPR thanked defence reporters, the media, and Pakistanis who extended their support on social media to Pakistan's armed forces.

The DG ISPR said that the Indian government and military leadership were making irresponsible statements.

"The Indian leadership says it will destroy Pakistan in 7-10 days," he said.

"Pakistan Army will always continue to give you [Indians] their surprises," he added.

Major Gen Asif Ghafoor said that no power on earth could defeat a united nation. He said the Indian army couldn't defeat 800,000 people of occupied Kashmir.

"How will you defeat Pakistan, a nation of 210 million people?" Major Gen Ghaffor asked.

“We have told you [Indians] earlier that you will start the war but we will end it, the DG ISPR said.

On January 16, the Pakistan Army announced transfer of Major General Asif Ghafoor from the post of DG ISPR.

Major General Asif Ghafoor’s services were transferred to the 40th Infantry Division (Okara), where he will serve as the general officer commanding (GOC).