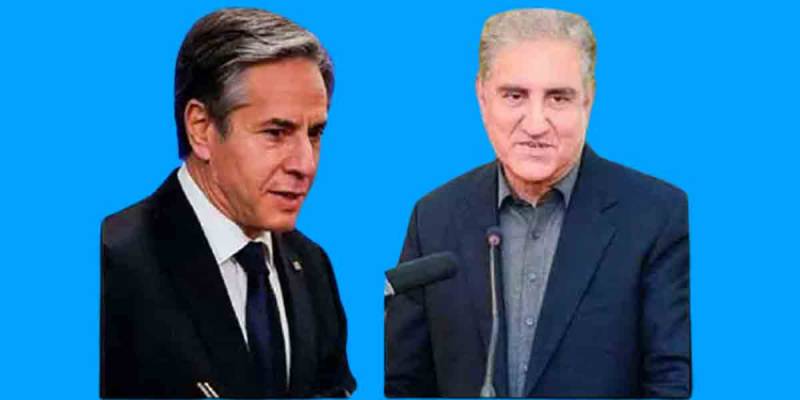 Islamabad (Web Desk): Pakistan and the new United States (US) administration have agreed to work together on advancing the two countries’ bilateral agenda and promoting common interests in the region and beyond.

According to details, the understanding came during a telephonic conversation between Foreign Minister Shah Mahmood Qureshi and the newly appointed US Secretary of State Antony J. Blinken on Friday.

Pakistan’s commitment to forging a comprehensive partnership with the US based on convergence of interests on a whole range of issues.

Highlighting the transformation in Pakistan, FM Qureshi stressed that the government of Prime Minister Imran Khan has a new vision that places a premium on forging an economic partnership, building a peaceful neighbourhood, and enhancing regional connectivity.

“Pakistan has facilitated the Afghan peace process and remains committed to working with the United States as a partner for peace,” he said.

In the context of recent developments in Daniel Pearl case, he underscored that it is important and in mutual interest that justice is served through legal means.

The US Secretary of State recalled the US-Pakistan cooperation over the years and noted that the two countries have a range of areas to engage in.

He acknowledged the sacrifices of the people of Pakistan in the fight against terrorism.