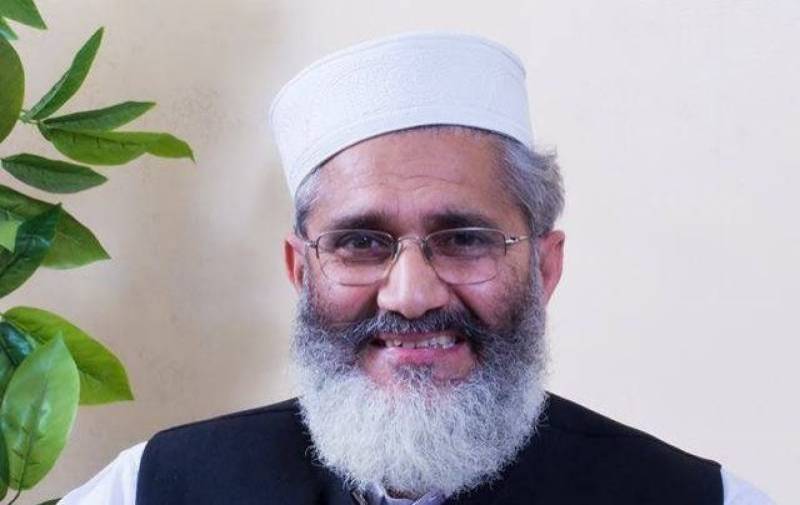 Addressing a press conference at Jamaat-e-Islami’s (JI) head office in Mansoorah on Monday, Haq said, “We will sit in the opposition with complete dignity and play our part”.

He said that the party wants continuation of democracy and supremacy of the parliament, adding that the holding of the elections a welcome sign but lamented that some measures (or their lack thereof) dented the entire polling process.

The MMA deputy president further stated that an effort had been made to target democracy, however, despite serious reservations his party was ready to give a chance to the new government to prove itself. "We will wait for Imran Khan to fulfill his promise to make Pakistan a welfare state like Madina," he maintained.

Presuming that the PTI is going to form the next government, Haq reminded Imran Khan of his promises that he would create 10 million jobs, five million houses and help Pakistan break free from the International Monitory Fund (IMF) and the World Bank's (WB) loans.

Talking to media along with other MMA leaders on Thursday, Maulana Fazlur Rehman alleged that his voters were stopped from casting votes and issuance of Farm 45 was delayed.

Fazl said that the announcement of results was suspended till evening and later the selected results were issued.

Maulana Fazlur Rehman said that he will co-host the All Parties Conference (APC) and try to convince other political parties to reach a consensus to boycott the election results around the country.