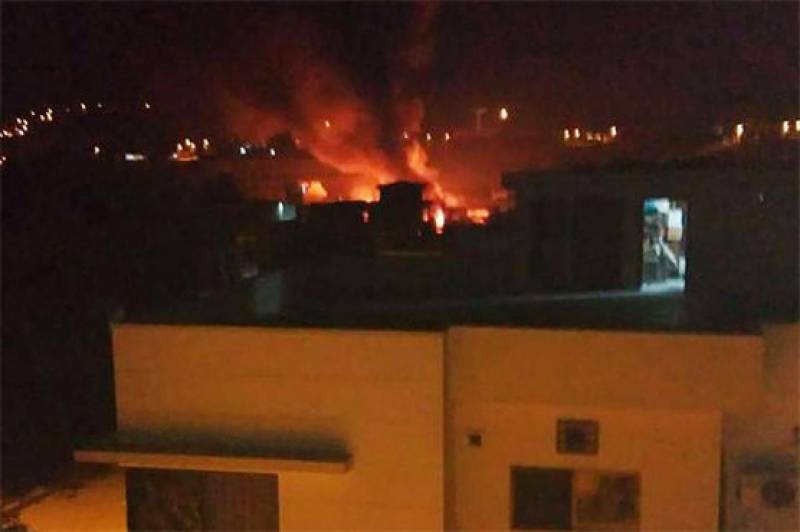 Rawalpindi (Web Desk): At least 17 people, including five military personnel, lost their lives when a plane of Pakistan Army Aviation crashed near Mora Kalu in Rawalpindi on Tuesday.

According to Inter-Services Public Relations (ISPR), the aircraft was on a routine training flight when it crashed in a populated area, causing 12 civilians casualties while 12 others were injured.

Soon after the crash, a massive fire broke out that engulfed several houses in the locality.

Rescue teams of Pakistan Army and 1122 reached the site immediately and started the rescue operation.

“Rescue officials had extinguished the fire caused by the crash and moved the injured to hospitals in Rawalpindi,” the ISPR added.

President Dr Arif Alvi and Prime Minister Imran Khan expressed their grief and sorrow over the loss of precious lives in the aircraft crash.

In a statement, President Alvi condoled with the bereaved families and prayed for early recovery of those injured in the incident.

Prime Minister Imran Khan, in his message of condolence, expressed grief and sorrow over the loss of precious lives in the crash.

He commiserated with the bereaved families and prayed for the recovery of those injured in the incident.