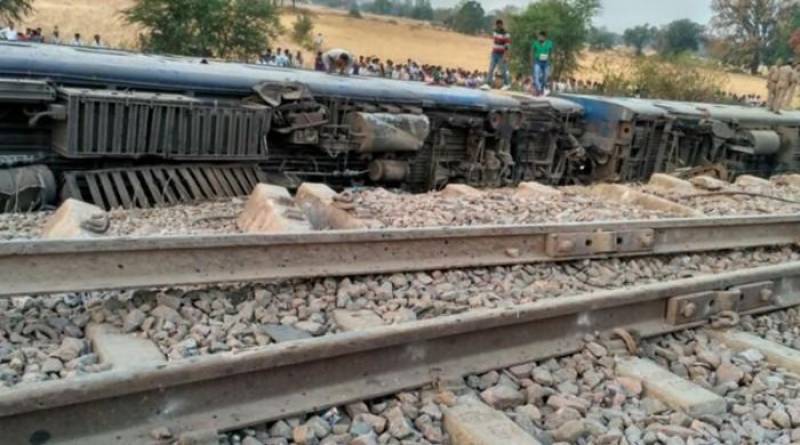 The Mahakoshal Express was traveling from Jabalpur city in central India's Madhya Pradesh to the capital, New Delhi, when it derailed at about 2 a.m. in Uttar Pradesh state.

The cause of the derailment has not been determined yet and police would investigate whether it was an accident or a planned attack, he said.

India's state railways, built during British colonial rule, have an appalling safety record after decades of underinvestment and a priority on keeping fares low for the 23 million passengers who use the network every day.

In the previous serious accident, 150 people were killed when a train derailed in Uttar Pradesh late last year.

India recorded 27,581 railway deaths in 2014, the most recent year for which figures are available, with most victims falling from, or being struck by, moving trains.