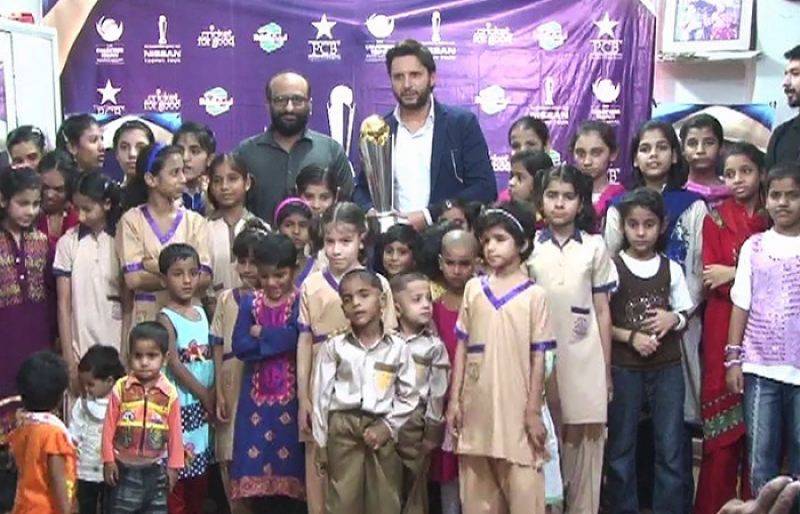 Karachi (Staff Report): Edhi Home received ICC Champion Trophy sent by the council to honour the services of Abdul Sattar Edhi, a month after the ICC Champions Trophy 2017 tour was launched in Dubai.

Bilquis Edhi, wife of Abdul Sattar Edhi, and Faisal Edhi were also present at the occasion.

Pakistan Cricket Board (PCB) and ICC officials accompanied Afridi at the event.

Afridi lauded the work of Abdul Sattar Edhi while speaking to the media, and added that "his mission should continue".

The global tour was launched in the backyard of the International Cricket Council headquarters at the ICC Academy in February.

Earlier in February, the ICC trophy tour was launched this year and had visited India, Bangladesh and Sri Lanka.

The following is the schedule for the remainder of the global tour: