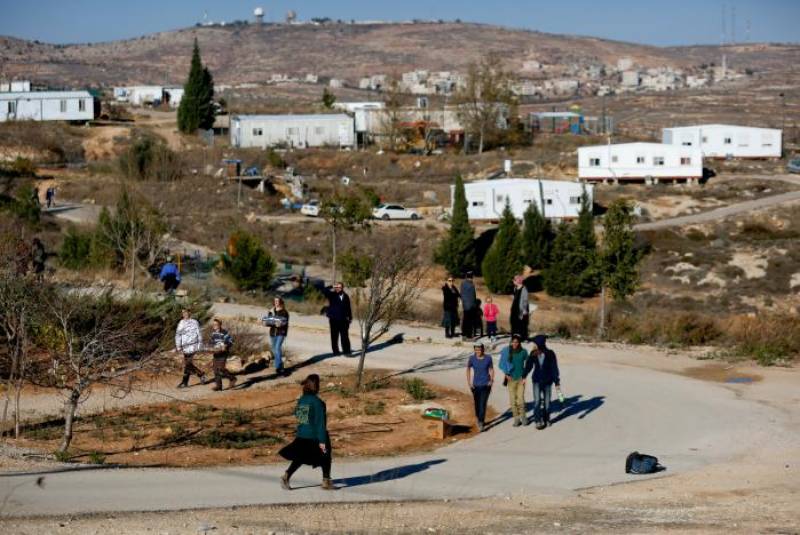 Jerusalem (Reuters): Israeli Prime Minister Benjamin Netanyahu said he expected to sign off on Thursday on building the first new settlement in the occupied West Bank for two decades, even as he negotiates with Washington on a possible curb on settlement activity.

Netanyahu was due to convene his security cabinet later in the day to approve the new enclave, government officials said. "I made a promise that we would establish a new settlement," Netanyahu told reporters. "We will keep it today. There are a few hours until then and you will get all the details."

He made the pledge in the run-up to the eviction in February of 40 families from the West Bank settlement of Amona. Israel's Supreme Court said the dwellings had to be razed because they were built illegally on privately owned Palestinian land. Israel and the administration of US President Donald Trump are in discussions on limiting the construction of settlements, which are built on land Palestinians seek for a state.

Such settlements, in territory that Israel captured in the 1967 Middle East war, are deemed illegal by most of the world. Israel cites biblical, historical and political links to the land, as well as security interests, to defend its actions. Establishing a new settlement could be a way for Netanyahu to appease far-right members of his coalition government who are would be likely to object to any concessions to US demands for restraints on building.

Trump, who had been widely seen in Israel as sympathetic toward settlements, appeared to surprise Netanyahu during a White House visit last month when he urged him to "hold back on settlements for a little bit". The two then agreed that their aides would try to work out a compromise on how much Israel can build and where.

Trump's Middle East envoy, Jason Greenblatt, this week wrapped up a second trip to the region aimed at reviving Middle East peace talks that collapsed in 2014.