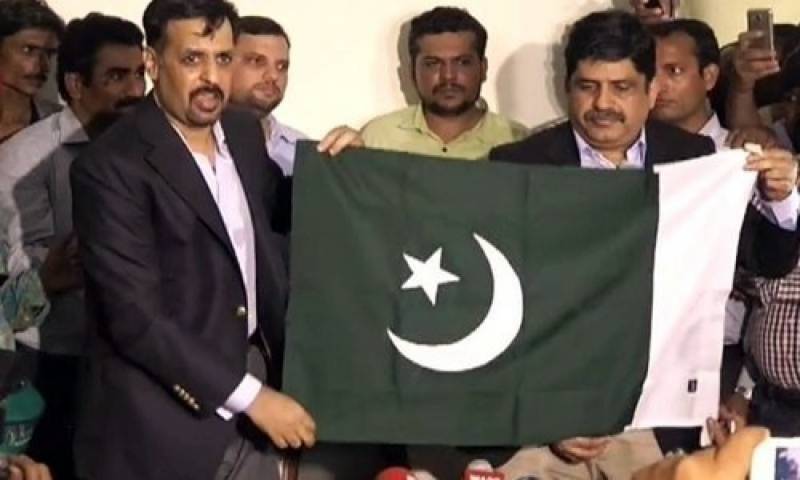 Islamabad (Staff Report): The Election Commission of Pakistan (ECP) on Thursday banned Pak Sarzameen Party (PSP) from using the national flag as its own.

The ECP issued a decision in favour of the request, saying PSP cannot use the Pakistani flag as its own. As per the commission, the flag can also not be used at public gatherings.