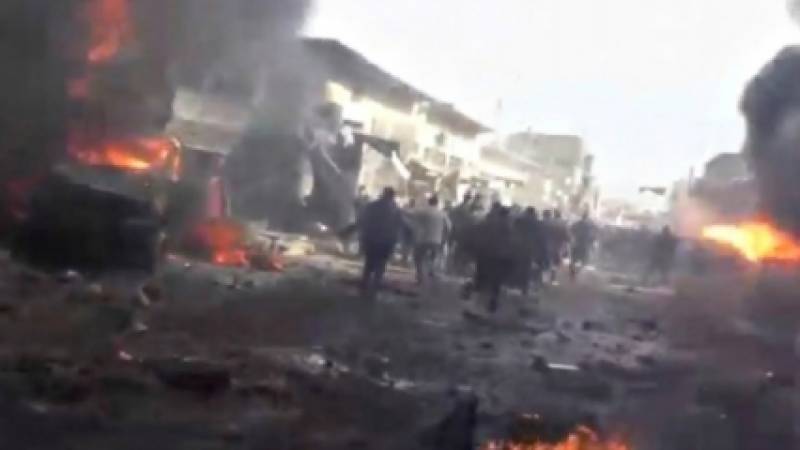 Baghdad (Reuters): A suicide truck bomb blew up at a checkpoint in the south of the Iraqi capital Baghdad, killing at least 17 people and wounding more than 60, police sources said.

They said the bomber detonated his explosives among other vehicles waiting to be searched at the checkpoint, setting some of them on fire.

No group immediately claimed responsibility. But the attack occurred with Islamic State battling Iraqi forces in its last stronghold in the country in the city of Mosul. As the militants have lost territory captured in a 2014 offensive across northern and western Iraq, they have stepped up bomb attacks elsewhere.