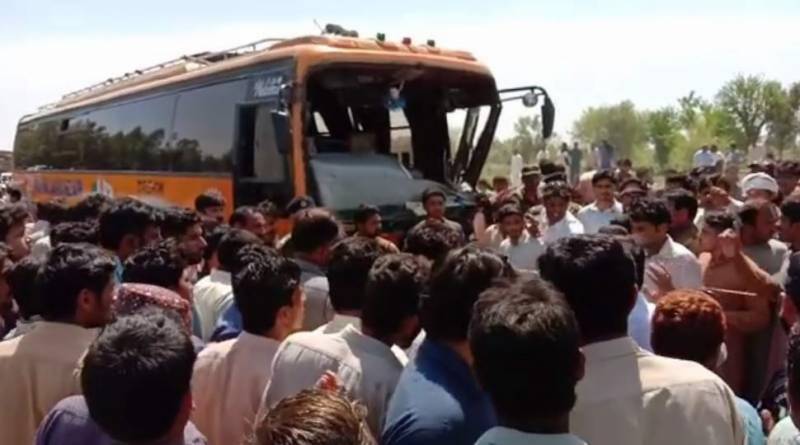 Bhakkar (Staff Report): At least seven people including six students were killed after a passenger bus rams into a rikshaw on Jhang Road, Bkhakkar on Saturday.

According to rescue sources, the students were on their way back to home after taking exam in Jesseywala area when a passenger bus rammed into a rickshaw, killing at least seven people, including the rickshaw driver and six female students at the spot.

Two female students have been rushed to a nearby hospital, who were reported to be in critical condition.