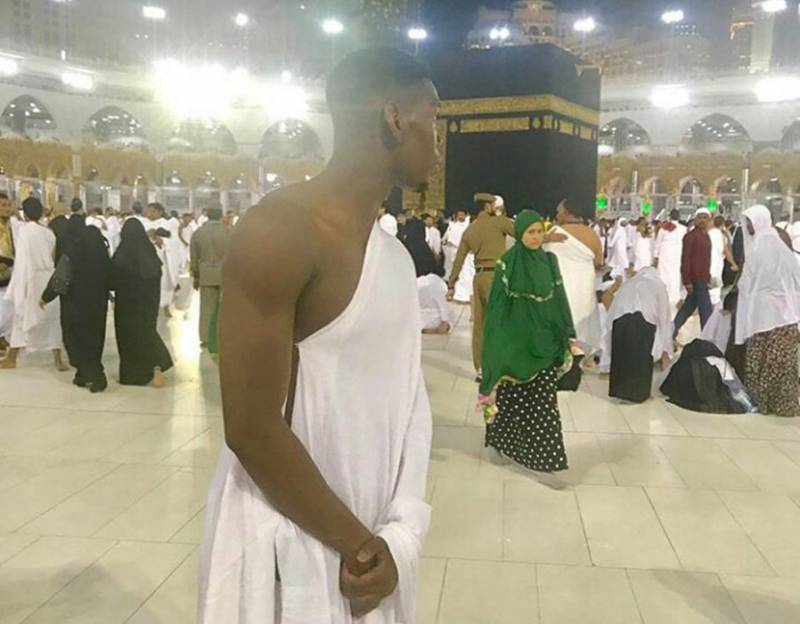 In a picture uploaded to Instagram and shared with his 15.3m followers, Pogba can be seen wearing white clothes which symbolise purity.

The sight was the “most beautiful thing I’ve seen in my life,” he wrote in the accompanying caption. His face is turned away from the camera as he gazes at al Kaaba, the black structure at the centre of Mecca’s Grand Mosque which Muslims face towards when they pray.

The 24-year-old broke the world record for the most expensive transfer fee in 2016, when Manchester United reportedly paid Italian club Juventus £89m.