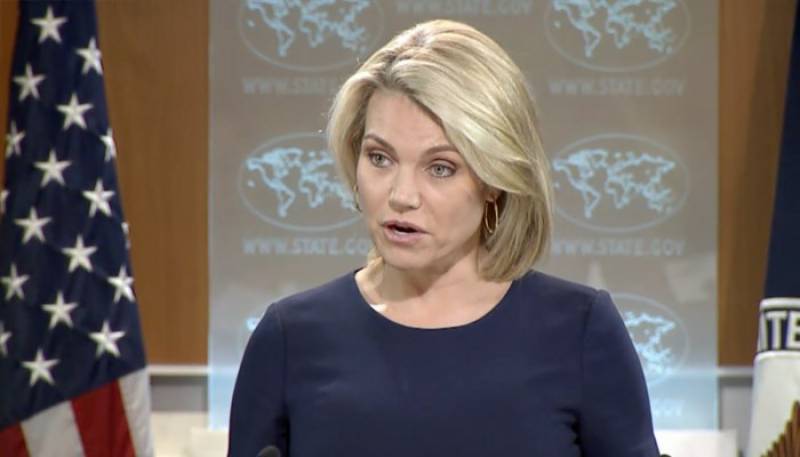 Washington (Agencies): The United States has said that it supports free and transparent elections in Pakistan.

“The United States supports free, fair, and transparent, accountable elections in Pakistan as we do in other countries around the world,” State Department Spokesperson Heather Nauert told reporters during her biweekly news conference.

"The United States along with other international partners has supported Pakistan’s implementation of its historic 2017 electoral reforms law.

“My understanding is that this is the first time that law will actually be put into effect for these elections. We hope that the new comprehensive and transparent legal framework facilitates the peaceful transfer of civilian power to a democratically elected government,” she said.

In response to a question, she said she is not aware if the United States is sending any observers on the ground.

“We tend to support international organisations that do participate as observers,” she said.  In the elections announced earlier this week, Cricketer-turned-politician Imran Khan’s Pakistan Tehrik-e-Insaf (PTI) is expected to be the main challenger to the ruling party.