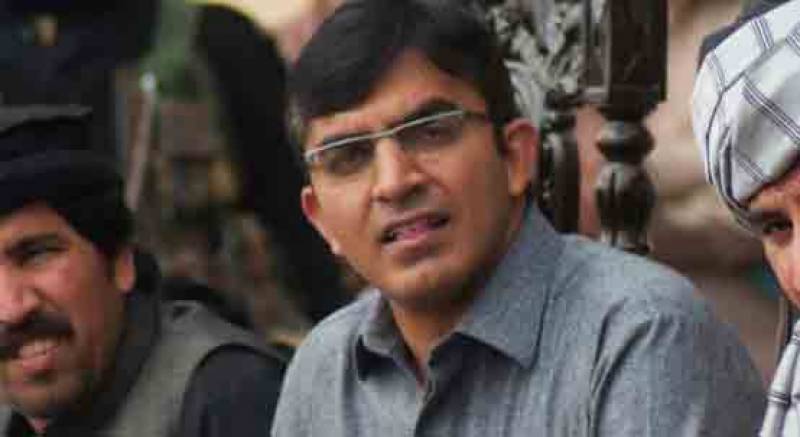 Dawar was presented in the ATC in Bannu where he was remanded into the custody of the Counter-Terrorism Department (CTD) for eight days.

The Pashtun Tahaffuz Movement (PTM) leader voluntarily surrendered himself into the custody of law enforcement personnel following a decision by a tribal Jirga, his lawyer said.

Mohsin fled the scene after an attack of protesters on a security check post in North Waziristan tribal district on Sunday morning. He, along with eight others, have been nominated in the FIR of the attack.

On May 26, three people lost their lives and ten injured in a clash between security forces and Pashtun Tahafuz Movement (PTM) workers in North Waziristan’s Miranshah district, the Inter-Services Public Relations (ISPR) stated.

According to ISPR, they wanted to exert pressure for release of suspected terrorists’ facilitator arrested the other day.

Troops at the check post exercised maximum restraint in the face of provocation and direct firing on the post, the army media’s wing said and added that due to firing of the group 5 Army soldiers got injured, the ISPR added.

In exchange of fire 3 individuals who attacked the post lost their lives and 10 got injured, ISPR said.

All injured evacuated to Army Hospital for treatment. Ali Wazir along with 8 individuals have been arrested while Mohsin Javed was at large.

On May 27, an anti-terrorism court granted an eight-day physical remand of MNA Ali Wazir to the CTD officials.