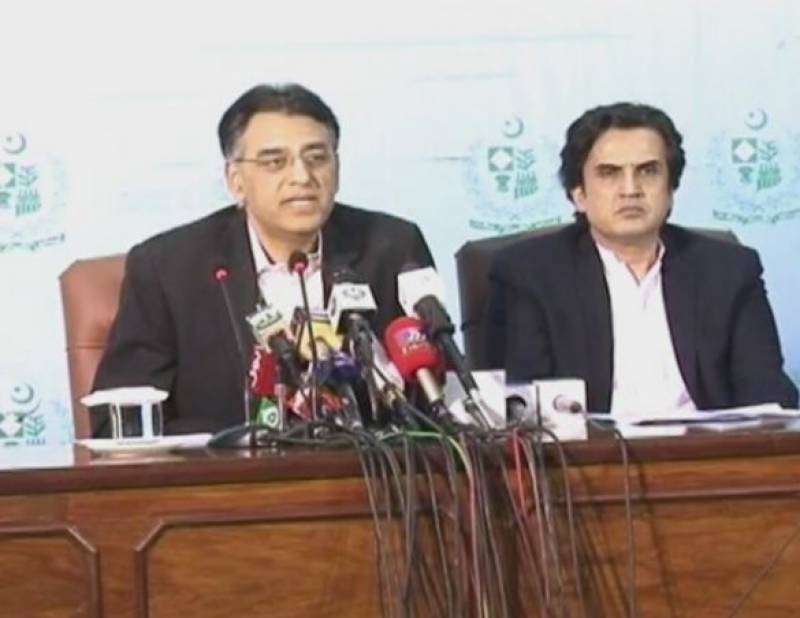 Islamabad (Staff Report/Agencies): Finance Minister Asad Umar said on Friday that the IMF didn't give a target for the devaluation of rupee value.

“We are holding discussions over the system of exchange rate. A 100pc free floating exchange rate will not be suitable and we need a transition period, but that has not affected the exchange rate," Umar said while addressing a press conference.

He added that the rupee value had not been impacted by bailout talks with the International Monetary Fund.

The minister also noted the movement in the rupee value in the interbank market today (Friday), and said it appeared the dollar had settled at Rs139.

He said he wished to explain "what is happening, who reduces the value of the rupees, why it is happening and what impact it will have on the people and the economy".

He explained that the State Bank of Pakistan (SBP) sets the currency rate, and defended the decision. He shifted the blame onto the previous government, saying that rupee devaluation was imminent due to the flawed policies of the PML-N regime.

He added that the devaluation was necessary because of a number of reasons, including increased foreign loans, decreased foreign exchange reserves, low exports and artificial cap on the value of dollar.

"Rupee value cannot be controlled forever. Even during the PML-N's tenure, the value of rupee against dollar had reduced by Rs 28," he maintained.

"We artificially increased the value of rupee by purchasing dollars. As a result, we started importing vegetables and we were unable to export surplus sugar and wheat without providing subsidiary," he said.

"We had two options, either to continue the old practice of artificially controlling the value of rupee [or to devalue the rupee,]" the finance minister said.

He concluded, "Devaluation is not a good thing to do, it increases inflation but the devaluation coupled with other policies [being adopted by the PTI-led government] will produce positive results."