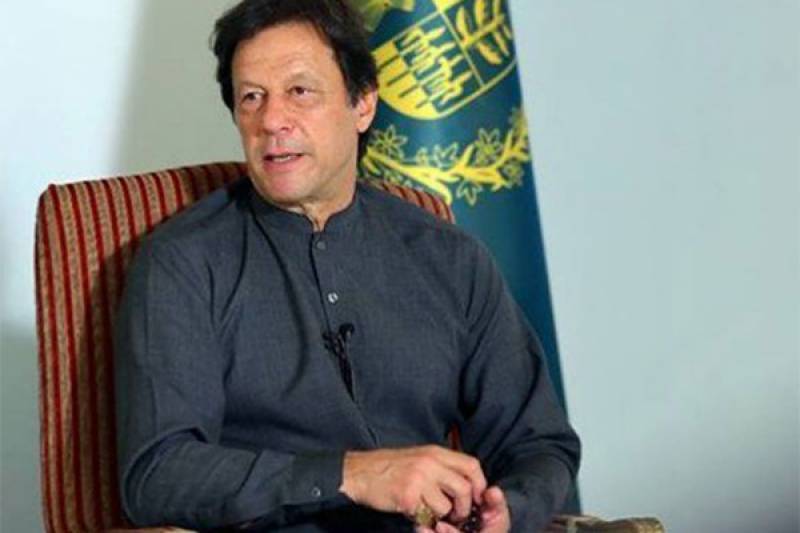 Talking to the Indian media persons here on Friday, PM Imran said India will have to respond to Pakistan's peaceful gestures in order to move forward to address the longstanding disputes.

Prime Minister said he has approached India from day one in office. He, however, regretted that the Indian response has so far been disappointing.

He said he felt India’s lack of response to Pakistan’s outreach seemed to be governed by electoral calculations. He said there is complete consensus in Pakistan for developing better relations with India.

Imran Khan said dialogue is the only option for Pakistan and India to move forward on the path of peace.

He stressed there should be no pre conditions for dialogue as it will mean there is no intention for peace.

The Prime Minister pointed out that Kashmir is the only core issue between the two countries. He said the solution of this problem is possible provided the leadership of both the countries demonstrate will towards that end.

He stressed that there are great dividends of peace between the two neighboring countries. He said the resolution of Kashmir dispute will benefit the whole sub-continent as it open the region for trade and economic activities.

Imran Khan said both Pakistan and India are nuclear powered states and they can not afford any confrontation. He said it will be his utmost effort to normalize relations both with India and Afghanistan.

On Kartarpur Corridor, Prime Minister said it was the long standing demand of Sikh community. He said we are also ready to facilitate Hindu and Budh pilgrims to visit their holiest sites in Pakistan.

Responding to a question, the Prime Minister said it is not in our interest to have the territory to be used against any other country. He said India has not changed its mindset regarding allegations of terrorism against Pakistan.

Imran Khan said Pakistan has developed a national action plan with consensus of all political parties. This plan is aimed at ensuring that no armed group is allowed to operate from our soil.