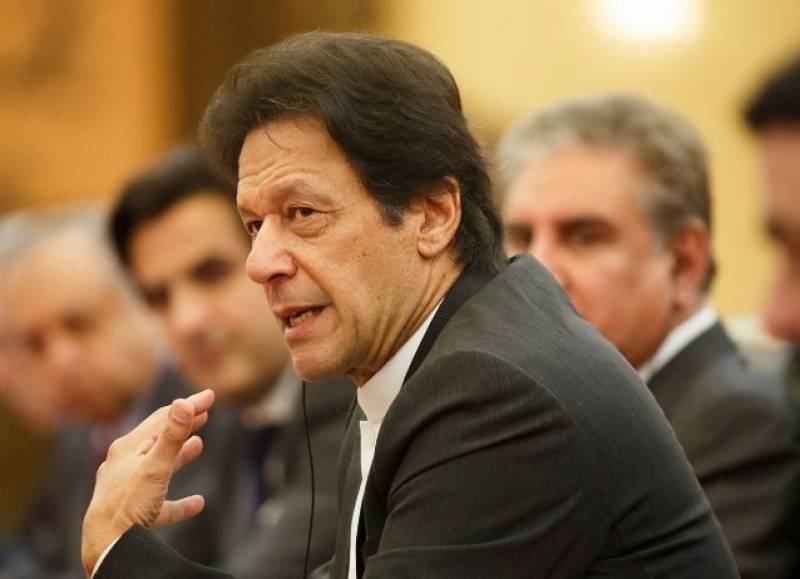 Islamabad (Staff Report): Prime Minister Imran Khan on Friday said that people should not worry about the recent hike in price of US dollar price against Pakistani rupee.

Addressing a ceremony to announce the launch of a car manufacturing plant by JW Forland, PM Imran said his government was taking steps to ensure that a shortage of dollars would not exist in the future. He stated that he was getting phone calls about the recent devaluation of Pakistani currency as the dollar climbed an all-time high of Rs142 in the interbank.

The expressed that depreciation of rupee and increase in dollar value should not be panicking for anyone as the positive economic policies will ease burden on people.

“I want to tell everyone not to worry about the dollar hike. There is an adjustment taking place. We are taking steps which will ensure that there won’t be a shortage of dollars in Pakistan,” Khan told the audience.

The prime minister highlighted that Pakistan’s biggest problem was the ensuing current account deficit which stood at almost $18.5 billion adding that the government was tasked with overcoming the deficit.

“When there is pressure on the dollar, the exchange rate increases,” the premier explained.

Prime Minister Khan stressed there was a need for a change in mindset, emphasising that his government had made investment easier as it creates jobs and brings dollars in the country.

Dollar set a new record against the Pakistani rupee on Friday as it reached Rs142 in the interbank market.

The greenback gained by Rs8 to touch the new high in the interbank market. The US dollar was being traded at Rs134 on Thursday when the market closed. The rise in dollar comes owing to the widening current account deficit.

Earlier on November 23, The US dollar rose to a record high against the rupee as it reached Rs135.30 in the open market.

The recent devaluation of rupee has happened when the talks between the government and the International Monetary Fund (IMF) are underway for a bailout package.

The government borrowed a total of $1.58 billion during the first four months (July-October) of the current fiscal year.

In the first two months of the fiscal year (July and August), the caretaker government took out loans of $820 million. With the new Pakistan Tehreek-e-Insaf (PTI) government in power, the borrowing continued.