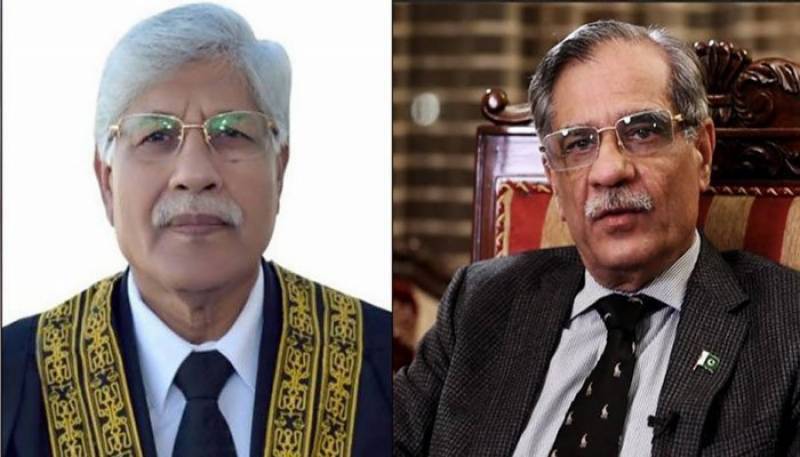 Islamabad (Web Desk): The Islamabad High Court (IHC) on Tuesday directed former chief judge of Gilgit-Baltistan (GB) Rana Shamim to submit written response and original affidavit within five days in the case regarding allegations levelled by him through an affidavit against former chief justice of Pakistan (CJP) Mian Saqib Nisar.

On November 16, the IHC issued show-cause notices to all the parties in a case regarding allegations levelled against former chief justice of Pakistan Mian Saqib Nisar by Gilgit-Baltistan’s ex-top judge Rana Shamim.

The IHC CJ then summoned Rana Shamim to the rostrum and asked whether he had submitted a written response to the court regarding the case.

“My lawyer will tell you why I did not submit a written response,” replied Rana Shamim. “My brother’s chehlum will be held in a few days. Please hold a hearing of the case after that,” he requested.

Justice Minallah told Shamim that he submitted an affidavit over an incident that allegedly occurred three years ago. “A newspaper carried the details of the affidavit for the public [to read],” noted the IHC CJ.

“I was contacted after my affidavit was published. I confirmed it,” responded the former judge. “The affidavit was sealed, I don’t know how it got leaked,” he added.

“Did you not provide the affidavit to him [the reporter]?” asked Justice Minallah. “No, I did not submit the affidavit for publication,” replied the ex-judge.

Justice Minallah asked Shamim why did he submit the affidavit in London. “The court is granting you five days to submit your written response. You will have to tell us why you submitted an affidavit after a gap of three years,” said Justice Minallah.

The attorney-general requested the court to delay action against the media, saying that its role was secondary in this case.

He requested the court to direct Rana Shamim to present his written response with the original affidavit in court.

At this, the former GB judge said he does not know which affidavit was reported by the media. “Let me have a look at the affidavit that was published,” he said.

The IHC chief justice directed Rana Shamim to submit his written response with the original affidavit on the next hearing.

The court adjourned proceedings of the case till December 7.