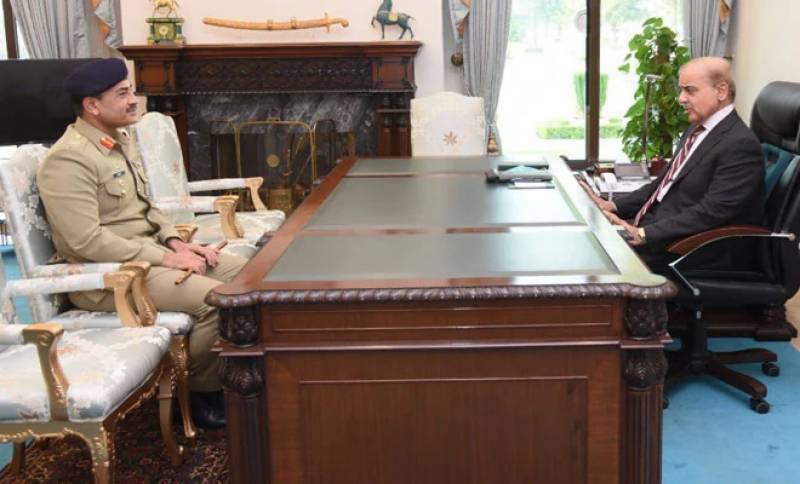 According to a statement issued by the PM Media Wing, professional as well as matters relating to national security were discussed in the meeting, which was the first after General Asim Munir assumed the office of army chief.

PM Shehbaz congratulated General Asim Munir on the assumption of the office of COAS.

"The nation is happy over your appointment as army chief", the premier said, adding that the relations of trust and love between the people and armed forces will further strengthen.

“The leadership of a competent officer like you will help further improve the professional development of the institution,” PM Shehbaz maintained.

It was the first meeting of General Asim Munir with the prime minister after assuming office of the army chief.

During the meetings, views were exchanged on matters pertaining to defence and mutual interest, the Radio Pakistan reported.

General Asim Munir took charge as Pakistan's 17th army chief at a ceremony held at the General Headquarters (GHQ) in Rawalpindi on Tuesday.

General Sahir Shamshad Mirza also assumed the charge of his office as the CJCSC at the Joint Staff Headquarters in Rawalpindi earlier this week.