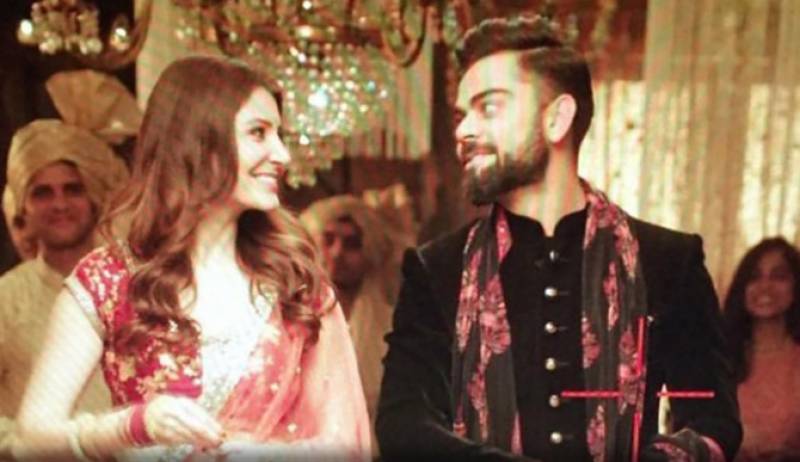 According to Indian media, filmmaker Karan Johar is keen to sign cricketer Virat Kohli in one of his films. The director is apparently impressed with Virat's advertisement with rumoured ladylove Anushka Sharma.

When the commercial was released, Karan Johar was all praise for Virat's acting in the advertisement. Karan Johar had then tweeted, "What a lovely ad Abhishek Varman has directed for #Manyavar and @imVkohli is an outstanding actor."

Now, according to a report in Pinkvilla, Karan Johar is apparently interested to sign Virat Kohli in one of his films.

There has been buzz about Anushka Sharma and Virat Kohli getting hitched in December. What led to speculation is when news surfaced that Kohli has asked the BCCI for a break in December. But those in the know apparently say it is a publicity gimmick for their new ad for ethnic wear. The commercial has them exchanging vows.

It seems to have spilled on to real life. Anushka is busy with her production, Pari. She also stars in Aanand L Rai's film, Sanjay Dutt's biopic and Yash Raj's production, Sui Dhaaga, which has Varun Dhawan as her co-star. Doesn't look like Anushka can go on a break. She might just squeeze in a holiday with Virat. With no denial or confirmation, speculations continue.