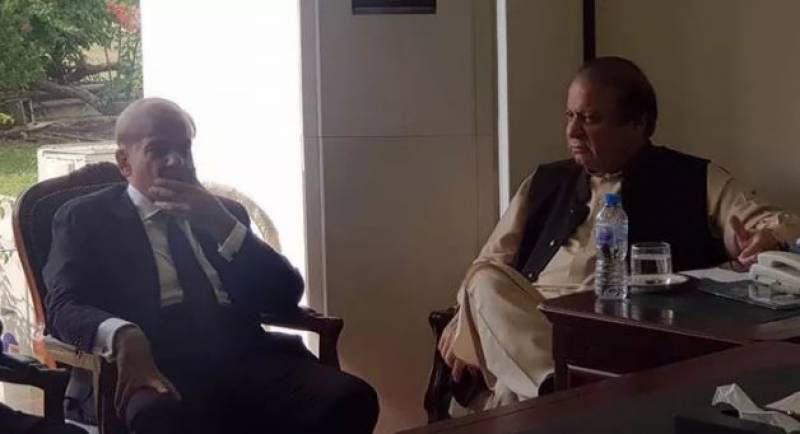 Nawaz arrived at the Parliament House to meet Shehbaz Sharif, who has been in the custody of National Accountability Bureau (NAB) in connection with Ashiyana housing scam since Oct 5, was allowed to attend the NA session, after the issuance of his production order by Speaker Asad Qaiser.

During the meeting, it was decided that Nawaz will not attend the APC.

However, a five-member delegation from the party, headed by Haq, will attend the All Parties Conference (APC) that was proposed by the opposition. The delegation will also include, Sadiq, Asif, Rafique and Ahsan Iqbal.

Maulana Fazl is trying to convene the APC as a first step towards carving out an alliance on the minimum possible common agenda.