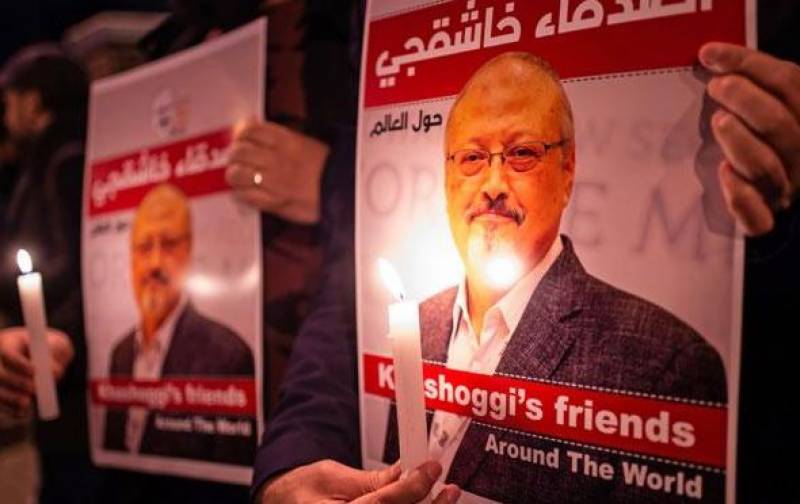 Istanbul (Agencies): Turkey on Monday called on Saudi Arabia to reveal the “whole truth” about the murder of Jamal Khashoggi, as the whereabouts of the journalist’s body dominated a visit to the country by Riyadh’s top prosecutor.

Khashoggi’s death inside the kingdom’s Istanbul consulate has brought near unprecedented international scrutiny on Saudi Arabia, which is seeking to draw a line under the crisis as Western powers demand answers.

The head of the Saudi investigation, Attorney General Sheikh Saud Al Mojeb, who last week acknowledged that the killing was “premeditated” based on Turkish evidence, met with Istanbul chief prosecutor Irfan Fidan for around 75 minutes on Monday, the state-run Anadolu news agency reported.

Mojeb was then expected to inspect the Saudi consulate.

Turkish Foreign Minister Mevlut Cavusoglu on Monday said there was “an advantage in our prosecutors sharing information and working together”.

“The cooperation must continue, but it must not be drawn out or turned into a diversion. The investigation must be completed as soon as possible, so that the whole truth is revealed,” he told a press conference in Istanbul.

Asked about the whereabouts of Khashoggi’s body, which remain a mystery nearly a month after his death, Cavusoglu said that “as those who committed the murder are in Saudi Arabia, Saudi Arabia has a very large responsibility”.

Khashoggi, a Washington Post contributor who had criticised Saudi Arabia’s powerful Crown Prince Mohammad Bin Salman, vanished after entering the consulate on October 2 to obtain paperwork for his marriage to his Turkish fiancee.

According to Turkey broadcaster TRT, Mojeb asked Turkish investigators to hand over the full findings of their own probe, but the request was rejected.

TRT said the Turkish prosecutor then demanded Mojeb give up any information of the whereabouts of Khashoggi’s body.

Saudi authorities have arrested 18 men over the murder, and Turkish President Recep Tayyip Erdogan has requested the suspects be extradited for trial in Turkey.

Erdogan has also questioned why Saudi Arabia will not reveal the location of the body, as well as details of who carried out the hit.

Erdogan has said that a 15-person team came from Riyadh to kill Khashoggi, carrying out reconnaissance outside Istanbul and deactivating security cameras at the consulate.

The Turkish president, who has stopped short of directly blaming the Saudi government, has also indicated that his country had more evidence to reveal about the killing.

Gruesome reports in the Turkish media have alleged that Khashoggi’s body was cut up into multiple pieces.

Turkish investigators have searched for the body in a forest near Istanbul, as well as using a robotic arm to inspect the sewers around the Saudi consulate.

Saudi authorities denied Turkish police permission to search a well in the garden of the consulate, but did allow them to take water samples for analysis, local media reported.

US Defence Secretary Jim Mattis said Sunday that Jubeir had assured him Riyadh would conduct a “full” investigation, adding he was confident the probe would include Turkey’s findings.

Riyadh initially insisted that Khashoggi left the consulate unharmed, but as pressure grew, Saudi state media changed the story and said Khashoggi died when an argument descended into a brawl.

The story was undercut by footage, which Erdogan confirmed, of a Saudi official acting as a body double for Khashoggi, wearing the journalist’s clothes when leaving the consulate to pretend to be the dead man.

Since admitting the murder was premeditated, Saudi leadership has blamed a “rogue operation” for the killing of Khashoggi, who was once an insider in Saudi royal circles and had lived in self-imposed exile in the United States since 2017.

Beyond the detention of the 18 suspects, five Saudi intelligence chiefs have been sacked, including two who were part of the crown prince’s inner circle.

Prince Mohammed has denounced the murder as “repulsive” and strongly denied any involvement.

However, the affair has tarnished the image of the crown prince, the de facto leader of the oil-rich Gulf nation, who has positioned himself as a Saudi reformer.