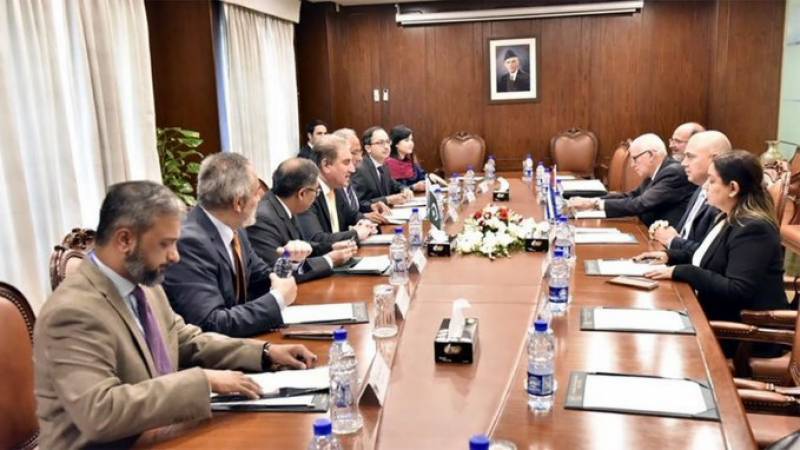 Islamabad (Web Desk): Pakistan and Cuba on Wednesday signed an agreement to partially withdraw visa condition between the two countries.

The agreement was signed at the Foreign Office after Foreign Minister Shah Mehmood Qureshi held wide-ranging talks with Cuban Vice President along with his delegation.

The foreign minister highlighted the excellent bilateral relations between Pakistan and Cuba.

Qureshi reiterated Pakistan’s gratitude for the generous and unprecedented support offered by Cuba after the October 2005 earthquake.

He added that there was enormous potential for Pakistan and Cuba to enhance cooperation in the health and agricultural sectors.

The agreement will be applicable to only people having official passport and diplomatic positions.

Under the agreement, the people who have diplomatic, official and special passports will not require visa to enter each other's country.

The visa agreement will help expand bilateral relations and strengthen trade, cultural and diplomatic ties between the two countries.