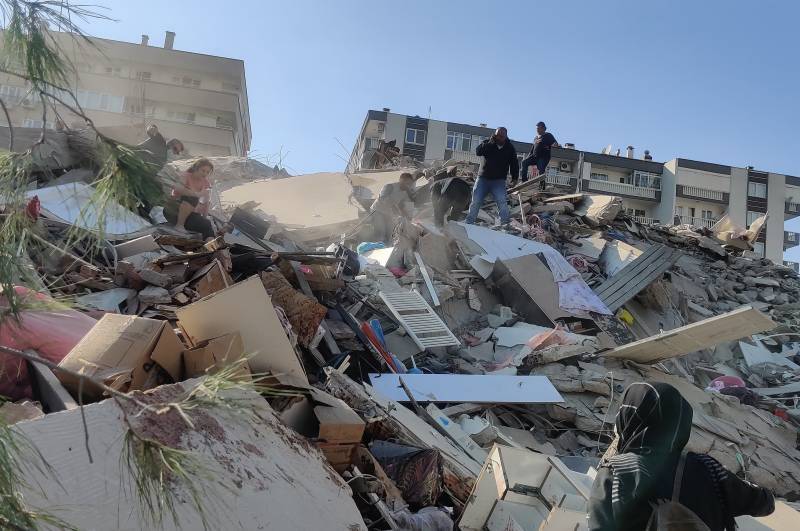 Istanbul (Web Desk): A 7.0-magnitude earthquake has struck off Turkey’s Aegean coast, north of the Greek island of Samos, officials said on Friday.

People in the Turkish city of Izmir have gathered in the streets after fleeing their buildings to seek safety. At least 20 buildings were destroyed in Izmir, the city's mayor said.

Buildings were also destroyed in Bornova and Bayrakli following the tremor, the Turkish Interior Minister Suleyman Soylu said on Twitter.

No casualties were immediately reported.

Turkey and Greece both sit on fault lines and earthquakes are common.