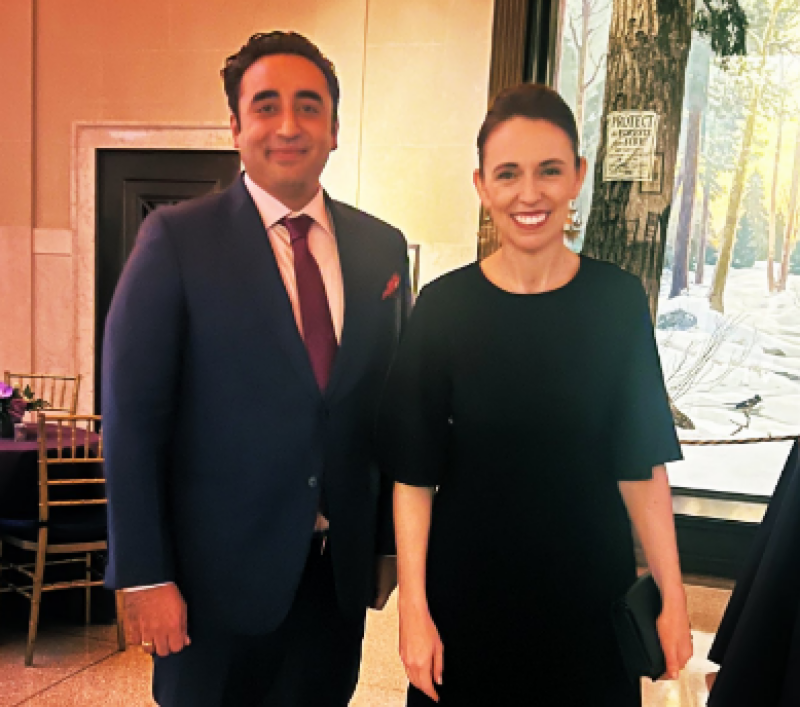 Bilawal, in a tweet, termed his meeting with PM Ardern “the biggest fan moment.” He said PM Ardern is the second woman after his mother, Benazir Bhutto, who became a mother during her term as prime minister.

Biggest fan moment of #UNGA . Was meeting @jacindaardern superwoman PM of New Zealand. After my mother the second head of government to give birth in office. She told me her daughter was born on the 21st of June, same as shaheed Benazir Bhutto! pic.twitter.com/jAazcSVrVY

The minister also shared his photographs with PM Ardern. These photographs were captured while the two met on the sidelines of the United Nations General Assembly’s 77th session in New York.