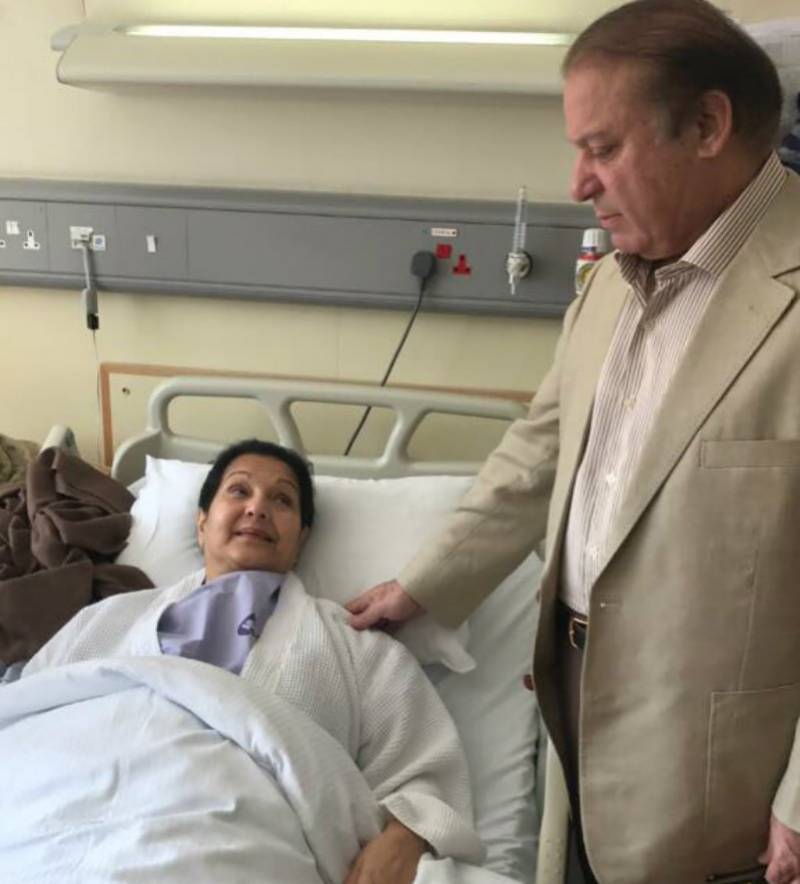 The ex-PM saw his wife off Thursday before she was taken to the operation theatre at a hospital in central London.

Last week, Begum Kasloom underwent medical check-ups in London where doctors diagnosed her with lymphoma, a cancer of the lymph nodes.

Kulsoom Nawaz’s treatment includes chemotherapy, sources said, adding that the doctors were of the opinion the ailment was curable.

However, the doctors say, a lot depends on how well Kulsoom Nawaz reacts to the chemotherapy.