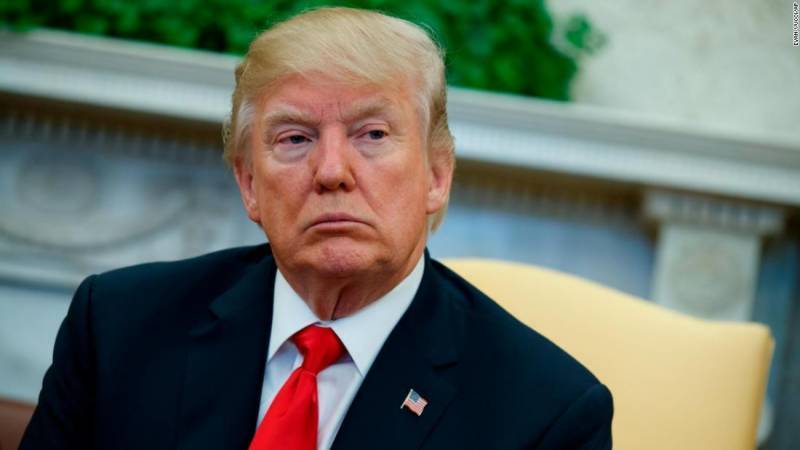 Washington (Agencies): President Donald Trump said he would pull out of the World Trade Organization if it doesn’t treat the US better, targeting a cornerstone of the international trading system.

“If they don’t shape up, I would withdraw from the WTO,” Trump said Thursday in an Oval Office interview with Bloomberg News. Trump said the agreement establishing the body “was the single worst trade deal ever made.”

A US withdrawal from the WTO potentially would be far more significant for the global economy than even Trump’s growing trade war with China, undermining the post-World War II system that the US helped build.

Trump said last month that the US is at a big disadvantage from being treated “very badly” by the WTO for many years and that the Geneva-based body needs to “change their ways.”

US Trade Representative Robert Lighthizer has said allowing China into the WTO in 2001 was a mistake. He has long called for the US to take a more aggressive approach to the WTO, arguing that it was incapable of dealing with a non-market economy such as China.

Lighthizer has accused the WTO dispute-settlement system of interfering with US sovereignty, particularly on anti-dumping cases. The US has been blocking the appointment of judges to the WTO’s appeals body, raising the possibility that it could cease to function in the coming years.

In the Oval Office interview, Trump said at the WTO “we rarely won a lawsuit except for last year.”

For all of his complaints about the WTO, Trump’s administration has continued to file cases against other members. Earlier this week it launched a case against Russian duties on US products that it argues are illegal.

Countries that bring complaints to the WTO tend to prevail and defendants in trade disputes lose.

But WTO data also shows that the US does slightly better than the WTO average in both cases it brings and that are brought against it, said Simon Lester, a trade analyst at the Cato Institute, a Washington policy group that favors more open international trade.

The Trump administration has taken his complaints a step further by arguing that the WTO’s dispute settlement system is broken and in need of a major overhaul.

The EU has been leading an effort to propose reforms to try and defuse the conflict. Officials from the EU and Japan visited Washington last week to discuss potential changes as well as joint efforts to take on China at the WTO. But change at the organization may not come easy.

“Now it’s true that the threat by the US to withdraw is really serious, that will concentrate minds, and then things could happen,” Alan Winters, a professor of economics at the University of Sussex, said in a Bloomberg interview. “But the WTO is in for a very large shock if it actually has to agree a new set of rules.”

Since World War II, successive US presidents have led efforts to establish and strengthen global trading rules, arguing that they would bring stability to the world economy.

The WTO was created in 1994 as part of a US-led effort by major economies to create a forum for resolving trade disputes.