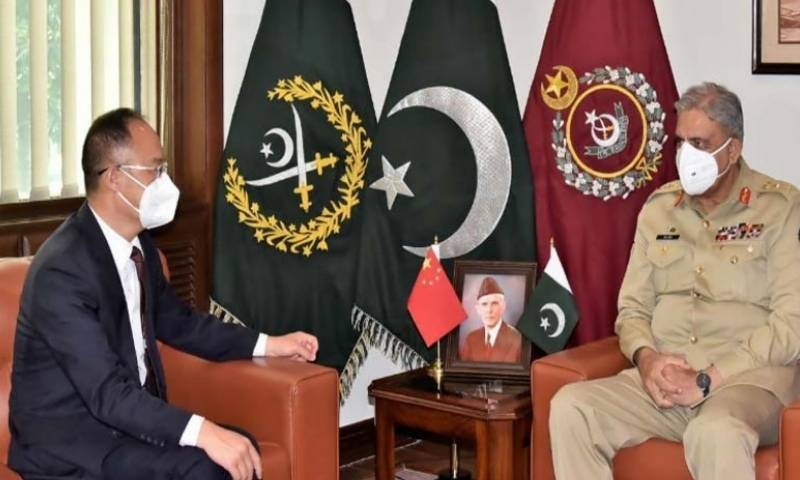 According to a statement issued by the Inter-Services Public Relations (ISPR), Chinese Ambassador to Pakistan His Excellency Nong Rong called on COAS General Qamar Bajwa at General Headquarters (GHQ) in Rawalpindi.

“During the meeting, matters of mutual interest, developing Afghanistan situation, and regional security were discussed in detail,” the ISPR statement said.

The statement by the military’s media wing said that the visiting dignitary appreciated Pakistan’s sincere efforts for bringing peace and stability in the region, especially in the light of recent developments in Afghanistan, and reiterated that China will continue to support Pakistan as a strategic partner.