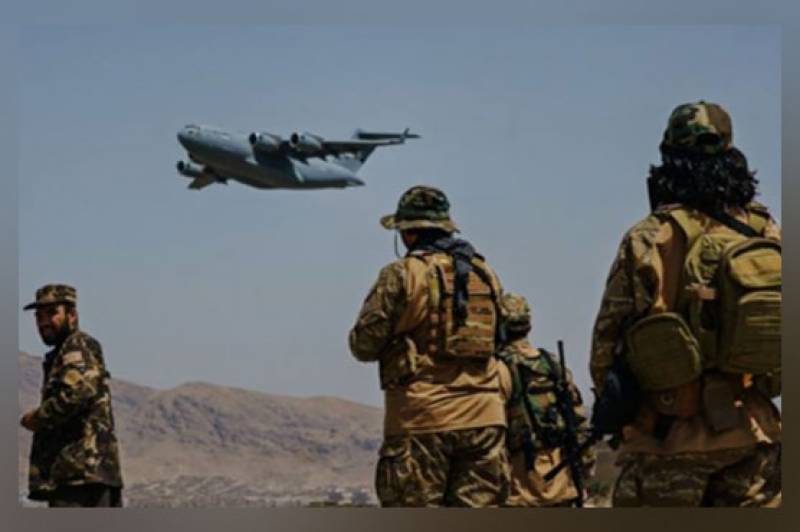 Kabul (Web Desk): After about 20 years the United States ended its longest war in Afghanistan as all of its troops left the country.

The US Army shared an image taken with night-vision optics of the last US soldier to step aboard the final evacuation flight out of Kabul - Major General Chris Donahue, commander of the 82nd Airborne Division.

President Joe Biden, in a statement, defended his decision to stick to a Tuesday deadline for withdrawing US forces. He said the world would hold the Taliban to their commitment to allow safe passage for those who want to leave Afghanistan.

“Now, our 20-year military presence in Afghanistan has ended,” said Biden, who thanked the US military for carrying out the dangerous evacuation. He plans to address the American people on Tuesday afternoon.

More than 122,000 people have been flown out of Kabul since Aug 14, the day before the Taliban regained control of the country.

Taliban fighters quickly swept into the airport and fired weapons into the sky in jubilation, celebrating an astonishing victory for the movement two decades after US forces invaded Afghanistan and toppled them from power.