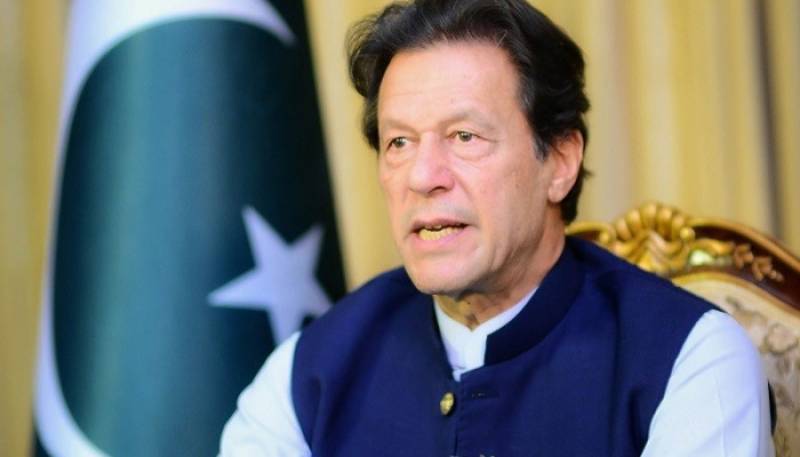 Islamabad (Web Desk): The Islamabad High Court (IHC) on Wednesday directed former premier and Pakistan Tehreek-e-Insaf (PTI) Chairman Imran Khan to resubmit his response within the next seven days in the contempt of court case against him for threatening a female judge.

At the outset of the hearing, the CJ Athar Minallah told the PTI lawyer Hamid Khan that the court had read Khan's written response submitted on Tuesday.

"I did not expect this from you," Justice Minallah said.

"I was expecting that the mistake made would have been admitted," the CJ said as he expressed his disappointment.

“It was expected that you would have visited a subordinate court before coming here.”

Justice Minallah remarked that he was saddened by Imran’s reply and the subordinate court referred to therein was “the court of the common man”.

"The common man still doesn’t have access to the Supreme Court or the high court," he added.

The judge stated that the courts have taken up "sensitive matters" including "torture" and "enforced disappearances".

Reflecting on the seriousness of contempt against the court, he added that judges responsible for upholding justice in serious matters "were opened to criticism", particularly when Imran "questioned why the court was opened at midnight".

"For the past three years we have raised the issue of torture without any fear," he said, "a political party's leader has followers, they should think before they speak".

"For three years this court has raised issues with the federal cabinet," he added, "if only they had raised their voices then as well".

"Should someone of Imran Khan's stature have done this?" as he lambasted the PTI chief for not having repented over his words.

"No one can influence this court or any judge," added the judge while saying "this court has to uphold civilian supremacy. These [lower court] judges are more important than the Supreme Court and high courts."

"Change will come when the constitution will be supreme and civilian supremacy will be upheld," remarked the judge.

Preventing the AGI from speaking, however, the court said that “the matter is between the court and the one against whom the contempt was committed”.

"You are registering sedition and terrorism cases," the judge lambasted and suggested the "approach should be reviewed".

"Please do appreciate the gravity of this matter," said CJ Minallah as he adjourned the court until September 8 and directed Imran Khan to submit another response.

On this occasion security has been put on high alert around the IHC and the path from the entry gate to the courtroom was closed with a tent.

The authorities also issued special passes for journalists and lawyers, while a bomb disposal squad (BDS) cleared the courtroom.

On Tuesday Imran Khan submitted his reply before the IHC in respond to the show-cause notice issued to him in contempt case.

Imran Khan, through his counsel Hamid Khan, offered to “take back” his controversial remarks regarding additional district and sessions judge Zeba Chaudhry who had approved the remand of his chief of staff Shahbaz Gill in a sedition case.

The PTI chief claimed of not being aware at the time of passing the remarks that Chaudhry was a judicial officer, adding that he instead had the “misconception” that she was an executive magistrate performing administrative duties for the federal government.

On August 23, a three-member IHC bench, headed by Justice Mohsin Akhtar Kayani and comprising Justice Babar Sattar and Justice Miangul Hassan Aurangzeb, issued a show-cause notice to Imran and initiated contempt proceedings against him for “undermining the integrity and credibility of the judicial system in the eyes of public at large”.

The court had also summoned him on August 31 (today).