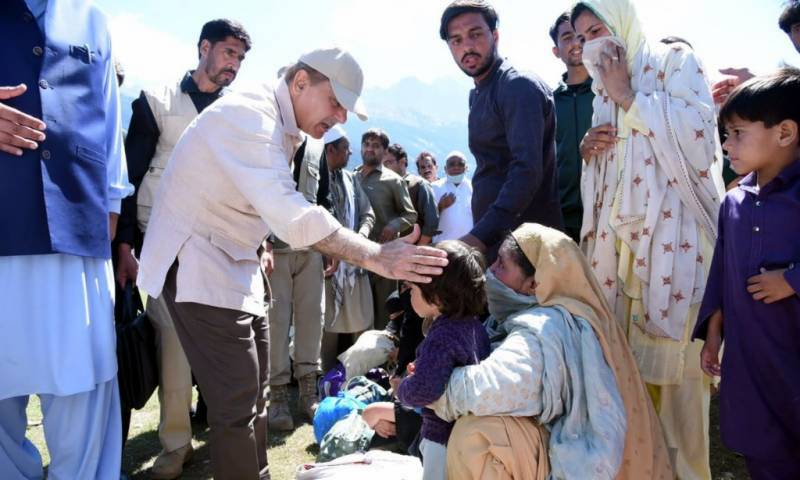 Addressing a gathering of flood-affected people in Kanju, the premier said that the amount would be spent for the relief and rehabilitation of the flood-hit people of the province.

The federal government, National Disaster Management Authority (NDMA) and the provincial government, through close coordination, would ensure transparency and immediate disbursement in the affected areas.

He was briefed about the damages caused by recent floods and rains in the area.

PM Shehbaz interacted with flood victims and inquired about the difficulties of affectees.

The premier assured the affected people that all possible steps will be taken for their relief and rehabilitation.

Meanwhile, in Kalam, PM Shehbaz directed the relevant authorities to immediately evacuate tourists from the area who were trapped there after the link roads were damaged by recent flash floods.

The prime minister also directed the Frontier Works Organization (FWO) to restore the damaged roads on an emergency basis.

On the occasion, PM Shehbaz also met a number of people and tourists and inquired about their issues.

He assured that the federal government would take all possible steps to assist them in this hour of need.

The prime minister said that he would be supervising all these measures.