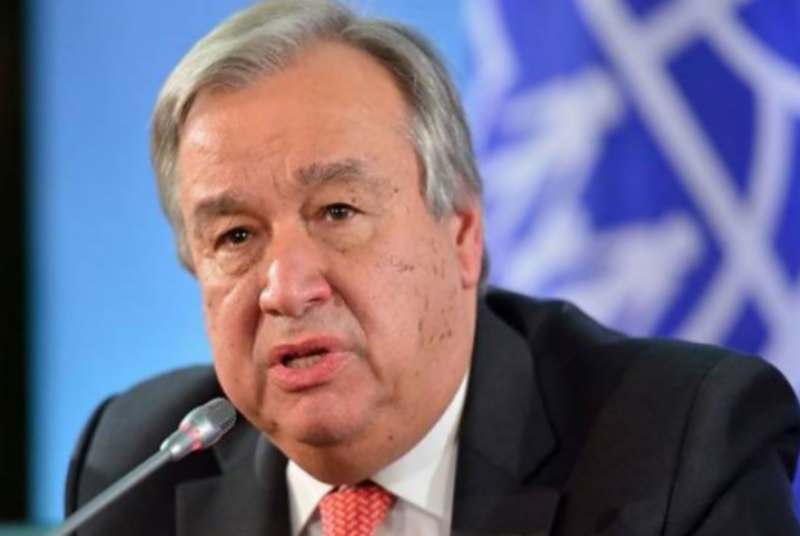 New York (Web Desk): United Nations (UN) Secretary General Antonio Guterres will travel to Pakistan next week for a solidarity visit as at least 6.4 million people require humanitarian assistance after being hit by the floods triggered by the recent torrential monsoon rains.

The UN spokesperson Stephane Dujarric at a briefing in New York said the Secretary General will go to the areas most impacted by the unprecedented climate catastrophe.

The Secretary General will also meet with displaced families.

Welcoming the visit, Foreign Office (FO) Spokesman Asim Iftikhar, who spoke from Islamabad to the UN correspondents in New York via video-link, said that the UN Secretary General's visit is in planning stages but he is expected to be taken to the most affected areas in the provinces of Sindh, Balochistan and of rural areas of Khyber Pakhtunkhawa (KP).

He said this visit by UNSG to further mobilise international assistance.

Antonio Guterres is so far the first world leader to announce such a trip to show solidarity with Pakistan where the worst-ever floods have killed more than 1,000 people and displaced some 43 million.