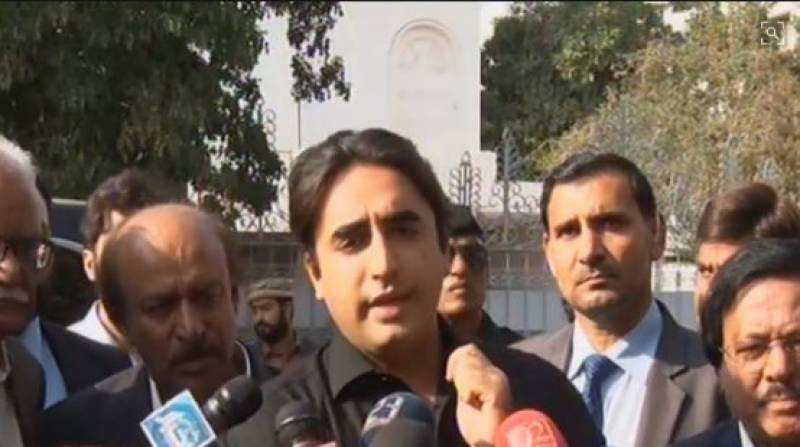 Karachi (Staff Report): Pakistan Peoples’ Party chairman Bilawal Bhutto Zardari has claimed that his party can topple the Pakistan Tehreek-e-Insaf-led government within a week if former president Asif Ali Zardari give green signal to do it.

“I have got 99 seats in Sindh and they need 49 members to topple the Sindh government,” said the PPP chairman while talking to the media on Monday after expressing his condolence to the family of Late Syed Ali Raza Abidi.

“The nexus between government and the JIT has been exposed now. We will challenge the JIT report before the court of law,” he said. “We will foil every conspiracy.”

On the other hand, Federal Minister for Information and Broadcasting Chaudhry Fawad Hussain had said neither governor rule was being imposed in Sindh nor the 18th amendment was being abolished.

The lawmaker said all the allegations against Asif Ali Zardari were documented, adding the PPP and PML-N should support the transparent investigation in this regard.

Fawad Chaudhary said politics of Asif Ali zardari and Muhammad Nawaz Sharif had ended now and they had contested their last election.