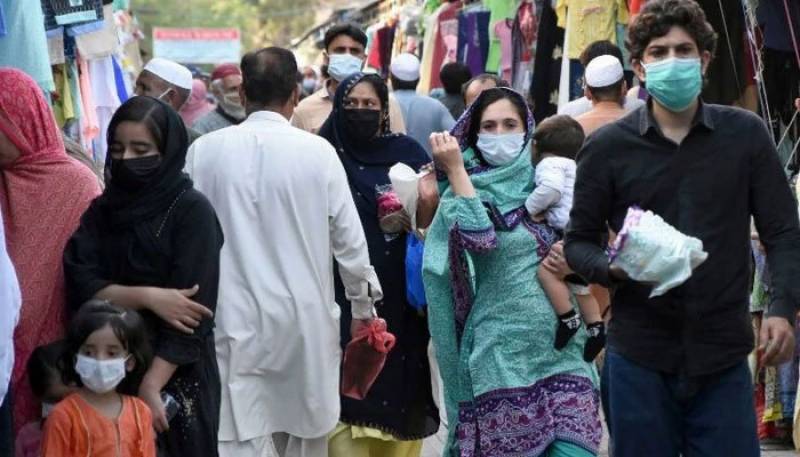 Lahore/Quetta/Karachi/Peshawar (Staff Report/Agencies): The number of confirmed COVID-19 cases in Pakistan rose to 1,295,376 on Friday after 515 new cases surfaced in the country during the last 24 hours.

As per the National Command and Operation Centre (NCOC) data, 47,856 tests were conducted in last 24 hours while positivity ratio remained 1.07%.

According to the government's COVID-19 portal, the death toll related to coronavirus has reached to 28,927 with 6 fatalities reported during the last 24 hours.

Over the last twenty four hours, total number of recovered COVID-19 patients across the country reached 1,256,337 after another 406 virus recoveries were reported.

Meanwhile, Federal Minister for Planning Asad Umar, who also heads the NCOC, said on Friday that Pakistan has successfully achieved the target of vaccinating 70 million people set for 2021.

In a post on Twitter, the NCOC chief said that the federal government procured vaccines worth Rs250 billion to make this massive vaccination drive possible.

He said the federal government provided these vaccines free of cost to all citizens regardless of which province they live in.

The minister said 46% of the total eligible population is fully vaccinated and 63 % has received at least one dose.

It is pertinent to mention that the global coronavirus cases have reportedly surpassed 286.904 million and death toll tops 5,446,652.